UCLA Says There Is No Dirty Laundry (but there once was) 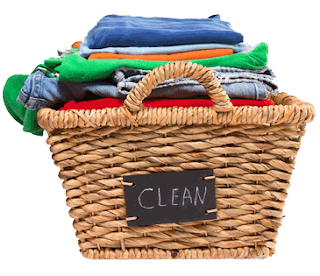 Blog readers will have seen yesterday's post about dirty laundry in UCLA admissions.* UCLA says the laundry is in fact clean (even if it was once dirty):

From the Bruin: ...“The filing contains misleading assertions and notably omits that UCLA Athletics implemented a number of policies and practices aimed at strengthening the student-athlete admissions process immediately following the 2014 investigation,” the [UCLA] statement said. “The government has alleged that Salcedo got around these policies by helping submit a false athletic resume to the University.”


The first case allegedly involved UCLA Senior Associate Athletic Director for External Relations Josh Rebholz and former assistant men’s tennis coach Grant Chen conspiring to admit a family friend of Chen’s as a member of UCLA track and field for the 2013-2014 season in exchange for $100,000, despite the student’s lack of collegiate-level ability. The second incident, according to the motion, revolved around the daughter of a wealthy donor being admitted under the pretense of water polo experience despite never having played the sport. The motion also alleged that UCLA men’s tennis coach Billy Martin – who has been a staff member for 37 years – and William Singer – who pleaded guilty to four charges regarding his role as the overseer in the college admissions scandal – worked with Chen to gain an unqualified student a spot on UCLA women’s water polo for the 2014-2015 season under the condition that her family donated $150,000 to the university as a “show of appreciation.”
Former women’s water polo coach Brandon Brooks agreed to accept the student as a player or a manager, even after she admitted she had no experience with the sport, according to the motion. Brooks – who played for UCLA from 1999-2002 – stepped down in 2017 after coaching for eight seasons. The motion states, however, that the prospective student was not admitted, and her mother appealed the reversal of her daughter’s prior admission to UCLA’s Admissions Committee, sparking the internal investigation.
The Compliance Office was forced to examine the men’s tennis program’s admissions records over the previous 10 years, during which Martin and Singer were believed to be cooperating. The investigation led to the Compliance Office finding 10 of the 54 student-athletes accepted to UCLA men’s tennis in that 10-year span to be of “limited” athletic ability, and that a high percentage of those 10 students came from families that made substantial donations the athletics program, according to the motion."
Full story at https://dailybruin.com/2020/01/25/ucla-refutes-jorge-salcedos-allegations-of-athletics-admissions-misconduct/
====
*https://uclafacultyassociation.blogspot.com/2020/01/and-more-dirty-laundry.html
Posted by California Policy Issues at 8:18 AM