Buttering Up the Governor - Part 2 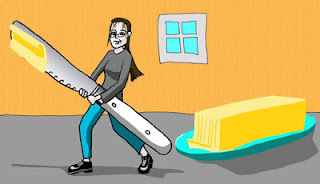 We noted in a previous posting that the powers-that-be at UC chose to butter up the governor by praising his budget proposal.* This approach has become standard operating procedure. Avoid a fight with the governor and even say nice things. Then go to the legislature for more. The item below from EdSource confirms that this strategy is continuing. Note that the EdSource piece focuses on the "ongoing" label in citing the increase offered by the governor. Yours truly rejects the ongoing vs. one time distinction. Dollars are dollars. The increase in state money - total (ongoing + one time) - in the governor's proposal is in fact below the general rate of inflation.**

The problem for UC is that the governor has a seemingly endless list of "priorities," and an increment for UC is not very exciting. Trying to fix every perceived problem in the state ends up with a sprinkling of dollars here and there, particularly for whatever the issues de jour are. Every problem gets an allocation. Even in flush times, that approach tends to bleed money away from the basics. If times become less flush...  (I'll leave you to finish this sentence.)

However, Newsom offered higher education significantly less than its leaders sought and notably did not propose any large financial aid increases to help pay students’ housing and food costs. As a result, months of lobbying for more money and legislative negotiations are ahead.

The governor proposed 5 percent increases for the basic operating budgets for each of the state’s university systems: the ten-campus University of California and the 23-campus California State University. That would amount to $217.7 million more than last year for UC and $199 million more for CSU.

Those additions were less than half of what the two universities were seeking. But Newsom noted that the increases would total more than 12 percent over two years if his plan is approved by the State Legislature. That, he said, was “not too bad” and would be the largest amount over “any 24 months” in recent memory...