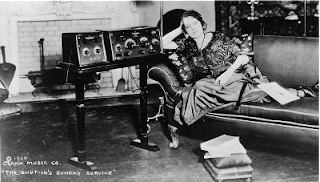 On January 22, the full board of the Regents had a session that went into overtime initially, thus displacing other planned sessions into the next day. However, Academic and Students Affairs and Finance and Capital Strategies did hold meetings, albeit somewhat truncated because of the late hour.

Academic and Student Affairs focused on the input of freshman to UC coming from the K-12 system. There was a presentation indicating results across legislative districts showing considerable variation. Concern was expressed about the "A-G" courses that are required by UC not being taught well, or not taught at all, in some high schools. The discussion turned to graduate students and their means of support, including TAships and other such opportunities. Then there was discussion about how UC trains future professors. The only action item was enactment of supplemental tuition for certain professional programs. These tuition proposals were approved.

Finance and Capital Strategies held a very abbreviated open session. The committee approved use of eminent domain to acquire a property for a medical project at UC-San Diego. There was discussion of seismic problems and remediation plans for certain UC buildings. A discussion of UCPath was postponed. The item with the most potential for controversy - although there wasn't any within the committee - was UC-Berkeley's plans to construct student housing on the site of People's Park. About half the site would be for student housing. Because the park is now inhabited by homeless people, the university is partnering with a nonprofit organization to use one fourth of the site for supportive homeless housing. The schools of Social Welfare and Public Health would be involved. The remaining fourth of the park would continue as open space. Concerns were expressed about security within that remaining fourth and about protests that could develop as the overall plan goes forward. University representatives indicated that the City of Berkeley was supportive of the plan.

Yours truly will continue posting about the recent Regents meeting. However, it should be noted - as has been noted many times before - that the Regents only "archive" their recordings on YouTube for one year. If they retained them permanently, it would not be necessary for yours truly to do it. Downloading the audio from YouTube can be time consuming and YouTube has blocked many services that do such downloading. Presumably, such blocking has to do with protection of copyrighted material such as music on YouTube. Although the Regents' meetings are not copyrighted, the same barriers have been erected.

You can hear the sessions at the link below:

or direct to:
https://archive.org/details/4academicandstudentaffairs
Posted by California Policy Issues at 7:21 AM