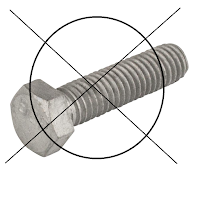 The name “Boalt Hall” is set to be removed today from the University of California Berkeley’s law school after a yearslong process that determined, in essence, that the school should no longer honor a man whose most notable work was rooted in racist views.

“We have to remember the racism that John Boalt expressed,” Erwin Chemerinsky, the law school’s dean, told me recently. “But that doesn’t mean we honor him by putting his name on the building.” The move to drop a name that has been used for decades by students and alumni of one of the country’s most prestigious law schools comes as institutions around the country are grappling with what to do with schools, buildings and chair positions that are named for people whose legacies don’t stand up to modern scrutiny.

Mr. Chemerinsky said he became aware of Mr. Boalt’s history in mid-2017, after The San Francisco Chronicle published an opinion piece by the lawyer and Berkeley law lecturer Charles Reichmann, detailing how the law school building came to be named after Mr. Boalt. Mr. Boalt had come to California from Nevada in 1871, as Chinese immigration was rising in the state. In 1877, he gave a speech as the president of the Bohemian Club called “The Chinese Question,” in which he argued that non-assimilated races couldn’t live together in harmony unless one enslaved the other. But as slavery had recently become unconstitutional, he argued that the next best thing was to keep Chinese people out.

His speech and his subsequent advocacy served as major drivers of the Chinese Exclusion Act, the nation’s first law banning immigration by a specific group based solely on race or nationality. Mr. Boalt didn’t attend the Berkeley law school, nor did he teach there. His advocacy for Chinese exclusion was, according to Mr. Reichmann, his most significant legacy. The law school was named for him out of respect for his wife, Elizabeth Josselyn Boalt, who had contributed to the university after he died in 1901.

After Mr. Chemerinsky became the dean of the law school in July 2017, he appointed a small committee to research the issue. The committee found that the naming of the building wasn’t a condition of Ms. Boalt’s gift; if it had been, he said, “it would be a very different situation.” The committee’s report was distributed to the school community for feedback. Unsurprisingly, people had thoughts. "I’d estimate I got about 800 comments," he said, about two-thirds of whom favored the change. “I was struck by the almost unanimity of our students, faculty and alumni of color.”

In November 2018, Mr. Chemerinsky said he formally accepted the recommendation to stop using the Boalt name. But the process wasn’t over: The campus had started its own Building Name Review Committee, which did a shorter review and solicited more campus feedback. Finally, the change was approved by U.C. Berkeley’s chancellor, Carol Christ, and Janet Napolitano, the president of the U.C. system.

All the parties involved agreed that it would be important to tell the Boalt story in some visible way going forward, and plans for that are in the works...

Historical footnote: The article carries a photo of the original Boalt Hall. What's interesting about the photo is that what appears to be a Crosley car is in front of the building. Crosley was a manufacturer of radios and appliances that decided to go into the car business after World War II. (It had produced some cars before the war. But retail cars were not manufactured during World War II since auto and other consumer production was redirected to military equipment.) Crosley cars were cheap and stripped down. Apparently, they were ahead of their time. The market for cheap, stripped-down cars did not develop until the mid-1950s with the appearance of the VW beetle. See:
https://www.historicvehicle.org/whatever-happened-to-crosley/. By then, the Crosleys were gone. 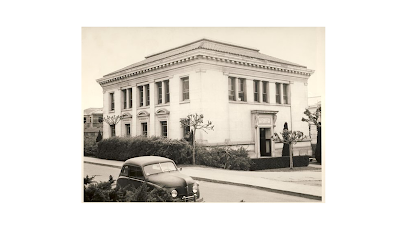