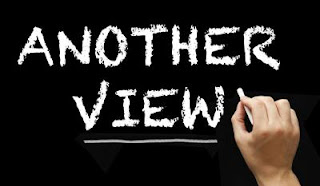 I write to correct misinformation in The San Diego Union-Tribune’s editorial about the tuition proposals under consideration by the University of California Board of Regents. The tuition models do not, as your piece implies, belong to President Napolitano. Rather, they reflect the regents’ interest in having options to consider for keeping tuition predictable and enhancing student financial aid, including a cohort approach informed by a workgroup that included students (who are understandably concerned about any tuition increase), regents, chancellors and faculty.

Your piece also lacks the critical context that the university provided to your writer prior to publication: We have held tuition flat seven of the last eight years, with the last increase in 2017 by $282 (or 2.5%). Meanwhile, UC has added more than 17,000 additional California undergraduates in the past four years alone. Altogether, available resources from the state, tuition and nonresident students have declined by 30% since 2001 on a per-student basis. UC campuses have made heroic efforts to adapt to this new reality while trying to avoid, as much as possible, the impact on instruction and student services. But that trajectory cannot be sustained if UC is to continue to offer a world-class education to future generations of California students.

Finally, the purported growth of administrators and staff is a red herring. Three-quarters of the increase was concentrated at UC’s medical centers. Excluding medical center staff and student employees, enrollment has grown four times faster than UC staff.

Source: https://www.sandiegouniontribune.com/opinion/letters-to-the-editor/story/2020-01-25/in-response-editorial-on-uc-tuition-increases-missed-the-mark-utak
Posted by California Policy Issues at 9:30 AM