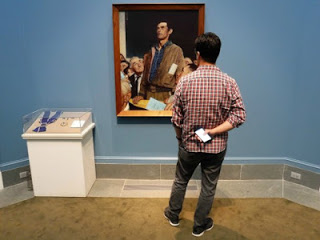 The UC National Center for Free Speech and Civic Engagement explores how the fundamental democratic and academic principles of free speech and civic engagement should enrich the discovery and transmission of knowledge in America’s colleges and universities. We are now accepting applications for our 2020-2021 Fellows Program.

Each year, the Center selects up to 10 fellows from a broad range of disciplines and backgrounds such as law, journalism, higher education, social science, technology and government.

Fellows receive funding to further the national conversation related to expression and democratic participation on college campuses including how to advance campus dialogue and further diversity and inclusion.

The Center welcomes candidates from all backgrounds to apply. As part of the University of California, the Center is committed to promoting diversity and equal opportunity in its education, services and administration, as well as research and creative activity.

The Center invites a wide range of projects. We are especially interested in projects that will have a direct impact on individuals and communities across and within campus constituencies. We are focused on projects that enhance our understanding of how free speech is and can be practiced in American higher education within the context of our current climate. For more information about the work of this year’s fellows (pictured above), click here:
https://freespeechcenter.submittable.com/submit/156966/call-for-fellows

Apply:
https://freespeechcenter.submittable.com/submit/156966/call-for-fellows
===
And here comes a test of free speech/academic freedom in the form of a federal investigation at UCLA:

The Department of Education’s Office of Civil Rights (OCR) announced on Jan. 3 that it is investigating a StandWithUs complaint that UCLA improperly handled allegations of anti-Semitism.

The StandWithUs complaint, which was filed in October on behalf of student Shayna Lavi, focuses on a May incident when San Francisco State University professor Rabab Abdulhadi was quoted by witnesses as saying during a guest lecture in an anthropology class that supporters of Israel are white supremacists. Lavi told Abdulhadi she was offended by the assertion, prompting Abdulhadi allegedly to respond, “That’s your opinion but you’re wrong. I stand with Jews who do not support Israel and I hope that Jews will disalign themselves with white supremacy.”

The complaint states that Lavi brought the incident to UCLA’s Discrimination Prevention Office (DPO), which caused the class’ professor, Kyeyoung Park, to repeatedly mention during class that Lavi was victimizing her. Park also allegedly rebuffed Lavi’s request to bring in a pro-Israel speaker to the class.

“In short, Dr. Park used her position of authority not only repeatedly to harass, embarrass and intimidate Ms. Lavi, but also to retaliate against her for exercising her right to seek relief from the hostile environment to which she was being subjected,” the complaint states.

UCLA’s Discrimination Prevention Office (DPO) concluded in August that Abdulhadi’s comments and Park’s subsequent actions did not amount to discrimination or harassment. The StandWithUs complaint argued otherwise, stating that UCLA is in violation of Title VI of the Civil Rights Act, which prohibits discrimination based on race, gender or national origin, for not taking sufficient action in the matter. They urged UCLA to undertake a series of measures to address anti-Semitism on campus, including adopting the International Holocaust Remembrance Alliance definition of anti-Semitism, issuing a statement acknowledging that Zionism is a key component to a Jewish student’s identity and establishing a task force of students and administrators to deal with anti-Semitism.

StandWithUS CEO and Co-Founder Roz Rothstein said in a statement, “Students should never be subjected to discrimination, harassment or retaliation by their professors after standing up for themselves, their identity, and their community. For Shayna, as for many Jews, Zionism is an integral part of her Jewish identity, and university administrators should be in the business of protecting students against conduct that marginalizes and demonizes them, not giving such hate a free pass.”

Lavi told the Journal in a text message, “I appreciate that OCR has taken my complaint seriously and is looking into it.”

UCLA Associate Director of Media Relations Ricardo Vazquez said in a statement to the Journal, “After viewing a recording of the class and interviewing participants, DPO, while not endorsing the guest speaker’s ideas or the manner in which the class was handled, concluded that the comments made during the lecture were not the type of severe, pervasive and persistent unwelcome conduct that constitutes harassment or discrimination. Some background information that we can share publicly is available here.”
https://equity.ucla.edu/public_accountability/transparent-progress/incident-in-anthro-lecture/

He added that “discussions of issues of deep personal concern may be profoundly uncomfortable, but as a university our goal is to help students critically analyze even unpleasant ideas and engage across lines of difference with respect.”

Comment from yours truly: If you go to the link provided by UCLA, there is a further link to a video of the talk of the guest speaker. UCLA's comment refers to you to minute 54 of the video in which students are asking questions. What is odd is that the instructor of the class seems not to be involved and plays no part in the interchange. Someone other than the instructor gives a brief introduction to the speaker at the start of the video. It is unclear if the instructor is present in the room during or after the introduction since the camera focuses only on the speaker. But in any case, no instructor participation or intervention occurs and the interchange between the speaker and the students becomes volatile. (The allegation that the instructor subsequently complained in class that a student brought an official complaint and that the student was harassed by the instructor thereafter is not addressed in the video since it includes only the guest lecture itself.)
Posted by California Policy Issues at 8:12 AM