You could look at it this way or that 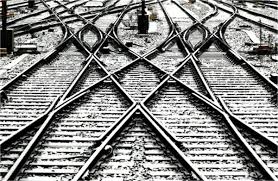 Nanette Asimov, the higher ed reporter for the San Francisco Chronicle, noted some intertemporal inconsistency in what UC said its tuition was (and will be if the planned increase goes through):

The University of California announced a proposal this week to raise tuition next fall — but managed to make the price hike look like a price break.

For five years, UC has said its annual tuition for California undergraduates was $12,192, a figure widely reported by news outlets, including The Chronicle, and used by state lawmakers, state auditors and UC officials themselves.

But in announcing their tuition proposal Wednesday, UC officials insisted that current tuition was $11,220. They said that if the regents approve the raise later this month, tuition would grow to $11,502 for the 2017-18 school year, an increase of 2.5 percent.

The Chronicle repeatedly asked UC officials on Wednesday to explain why their proposed tuition increase looked more like a reduction in price. Yet the response didn’t include an explanation.

A reason for the seemingly Orwellian shift in tuition figures was finally provided on Thursday.

It turns out that UC’s often-cited tuition figure of $12,192 has always included a “student services” fee. Now, however, UC is separating out that fee from the tuition figure.

That’s because UC is proposing to increase that student services fee by a higher percentage (5 percent) than the base tuition increase (2.5 percent).

Here’s a breakdown of UC’s current mandatory annual charges for California undergraduates, which total $13,566, not including room, board and books:

The regents will consider the proposal at their meeting in San Francisco on Jan. 25 and 26.

Put another way, someone at UCOP thought it would be clever PR to change the way the numbers were presented. But someone else noticed the revision, and now we have negative PR. Will the first "someone" be held accountable for the faux pas? Silly question.
Posted by California Policy Issues at 8:08 AM