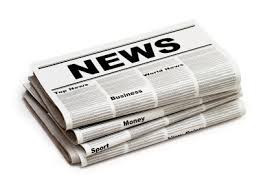 University of California President Janet Napolitano was hospitalized this week for side effects related to the treatment of cancer, which was diagnosed in August, UC officials said Tuesday. Napolitano, who has led the vast university system since 2013, “has consistently performed her wide range of duties at full capacity, without interruption or impact” since beginning treatment for cancer last summer, according to a statement from her office. Napolitano headed the U.S. Homeland Security department between 2009 and 2013.

“Yesterday, however, she experienced side effects that required her to be hospitalized” but is doing well and is expected to be discharged this week, the statement said. Napolitano’s spokeswoman, Dianne Klein, declined to say what kind of cancer it is, citing the president’s privacy. Napolitano had previously been diagnosed and treated for cancer.
Source: http://www.sfgate.com/bayarea/article/Janet-Napolitano-hospitalized-fighting-cancer-10863052.php
Posted by California Policy Issues at 12:40 PM