Raising Tuition May Be Tough 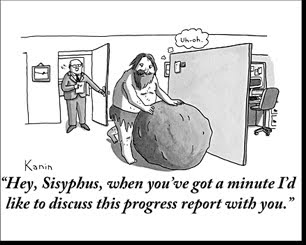 News stories like this one from Inside Higher Ed may lead to significant political resistance to UC's plan to raise tuition:


Rhode Island Governor Gina M. Raimondo plans today to propose that the state offer two tuition-free years for full-time students in public higher education.
Students at the Community College of Rhode Island would pay no tuition while earning an associate degree. For state residents who start at Rhode Island College or the University of Rhode Island, their junior and senior years would be tuition-free. There is no income limit, although the public system in Rhode Island serves many more low-income students than wealthy students.
Those who participate at the Community College of Rhode Island will not also be able to do so at the four-year institutions. Room and board are not covered by the proposal. To qualify for the tuition waiver at the four-year institutions, students must have completed 60 credits of course work by the end of their sophomore year, declared a major and maintained a grade point average of at least 2.0.
The proposal is another sign that the idea of tuition-free public higher education -- presumed by many to be dead after Hillary Clinton pushed the concept and lost the presidential election -- may have more legs in the states than at the federal level. Raimondo's proposal comes two weeks after Governor Andrew Cuomo of New York proposed tuition-free public higher education for those from families with incomes up to $125,000.
Both governors are Democrats. But while Cuomo must deal with powerful Republican legislators in the New York State Senate, Raimondo has a General Assembly with two houses that are overwhelmingly Democratic.*
David M. Dooley, president of the University of Rhode Island, said in an interview Sunday that he was "very enthusiastic about the plan" and thought it had good prospects for being enacted into law...
Full story at https://www.insidehighered.com/news/2017/01/16/rhode-island-governor-proposes-two-free-years-public-higher-education
---
*Note that both houses in California are also heavily Democratic.
Posted by California Policy Issues at 7:32 AM

Email ThisBlogThis!Share to TwitterShare to FacebookShare to Pinterest
Labels: tuition, U of Rhode Island, UC