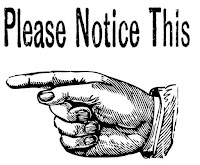 Our previous posting noted that there are leaks from the UC-Davis chancellor search. But now, in a public forum, UC Prez Napolitano has said she wants a candidate who will expand to Sacramento. Of course, that just happens to be a location where UC would be visible to the state politicos:


University of California President Janet Napolitano said Wednesday that she hopes whoever gets picked as the new chancellor of UC Davis can pull off an expansion of the campus into Sacramento.
“I think there is a real opportunity to bring Davis over the highway, so to speak, and to do more in this general economic area of California,” Napolitano said Wednesday during a meeting with the Sacramento Bee editorial board. “What I am looking for in a chancellor is someone that has the capability of doing that.”
Former Chancellor Linda P.B. Katehi, who resigned under pressure in August, had laid out plans to build a campus in Sacramento that would have included a school focusing on population, a global health and public policy institute, as well as clinics to treat people dealing with nutrition and other food-related issues. She had said the plan would include moving the university’s World Food Center to Sacramento, with the downtown Sacramento railyard being one of the contenders to house it.
That vision appeared to die with Katehi’s resignation, which followed an internal UC investigation that found she violated multiple university policies. But Napolitano said Wednesday that there is still plenty of interest at the UC level.
Napolitano said such an expansion could take many forms. One possibility is a downtown building where students would live, study and work at internships – modeled after the UC Washington Center in Washington, D.C...
Full story at http://www.sacbee.com/news/local/article124626619.html
Candidates would be wise to follow her train of thought:
Posted by California Policy Issues at 9:33 AM