Low Performing Portfolio: Will the Regents Look at Harvard? 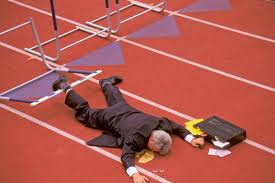 From the Boston Globe:


In a massive overhaul of the Harvard University endowment fund, its new chief executive will lay off half of the investment group’s 230 employees and transfer more money to outside firms, in an effort to boost performance that for a decade has lagged behind rivals.
In a letter to staff and the Harvard community Wednesday, N.P. “Narv” Narvekar laid out a future for the $35.7 billion fund that requires far fewer people and less hands-on investing within the walls of the group’s downtown Boston office...
Full story at http://www.bostonglobe.com/business/2017/01/25/harvard-endowment-will-cut-half-its-employees/WKd823v2H218NEFiuGhzeK/story.html
Posted by California Policy Issues at 7:27 AM