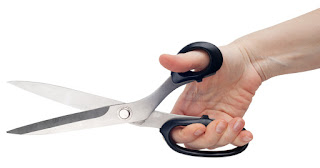 The so-called "California Rule" banning cuts in pensions has been weakening in litigation. The rule refers to pensions offered at hire or while employed, not to reduced pensions offered to new hires (such as at UC). However, erosion of the defined-benefits pension promise in legal terms could push more UC new employees into choosing the defined-contribution alternative. See below:

A second appeals court panel has unanimously ruled that the public pension offered at hire can be cut without an offsetting new benefit, broadening support for what pension reformers call a “game changer” if the state Supreme Court agrees.

The new ruling on Dec. 30 in a state firefighters suit on pension-boosting “airtime” purchases made several references to a groundbreaking ruling last summer in a Marin County pension “spiking” suit.

“The law is quite clear that they are entitled only to a ‘reasonable’ pension, not one providing fixed or definite benefits immune from modification or elimination by the governing body,” wrote Justice Martin Jenkins.

The two appeals court rulings are contrary to previous rulings known as the “California rule”: The pension offered at hire becomes a vested right, protected by contract law, that can only be cut if offset by a comparable new benefit, erasing any savings.

Most pension reforms are limited to new hires (who are not yet vested), taking decades to yield significant savings. To get major savings, some reformers want to cut the pensions of existing workers, protecting what’s already earned but reducing future pension earnings...

Note further that the idea of "protecting what's already earned but reducing future pension earnings" is misleading. Under a DB pension, a typical employee half way through his/her career has "earned" up to that point comparatively little as a vested benefit. The formulas reward long service. What he/she has is a promise - now potentially eroded in meaning - that if he/she stays longer, a good benefit will eventually result.
Posted by California Policy Issues at 7:33 AM