The Ghost of CPEC 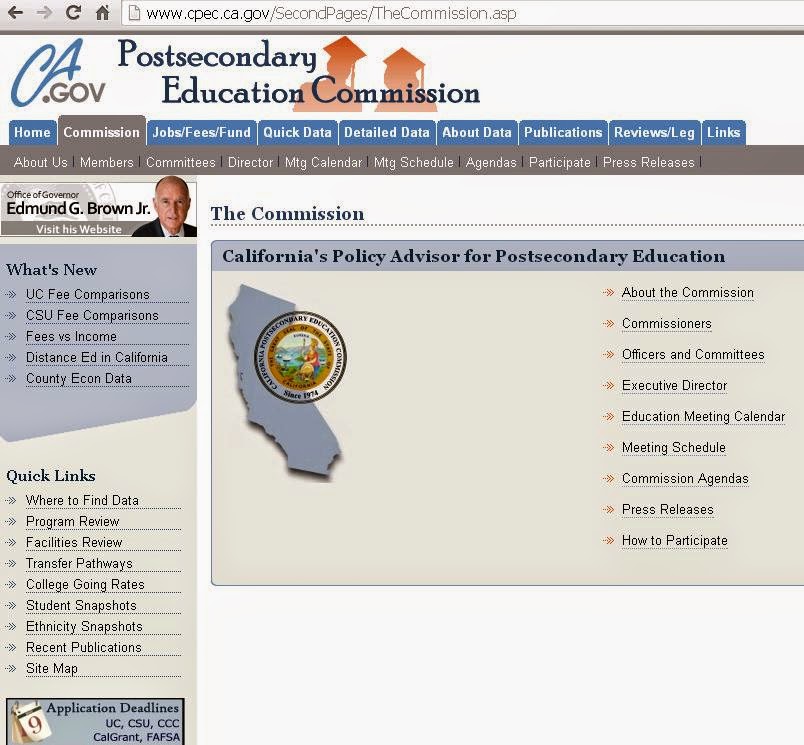 Old timers, and even not-so-old-timers, may remember CPEC.  Several years ago after the governor zeroed out its budget, CPEC became dormant.  It isn't quite abolished - there is still a webpage (see screenshot) but it isn't alive either.

The Legislative Analyst's Office (LAO) has prepared a document for a state assembly committee on establishing new campuses.  That's something not likely to take place at UC in any foreseeable future. Perhaps it could happen at CSU.

In any event, what is interesting is that the LAO essentially says that should new campuses be considered, the evaluation process should essentially be what CPEC used to do.  Kind of makes you wonder why CPEC was zeroed out, doesn't it?

The document is at:
http://www.lao.ca.gov/handouts/education/2014/Review-New-Campuses-and-Centers-072414.pdf
Posted by California Policy Issues at 3:49 PM