It will take awhile to catch up 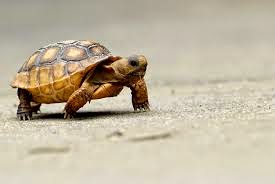 As we noted yesterday, the live stream of the Regents meeting did not in fact operate.  The morning and afternoon meetings are now posted and I am recording the morning session.  (The sound seems to be working better than the picture.)  However, it will take awhile to catch up with the meetings.  As we have noted umpteen times, the Regents "archive" their meetings for only one year.  We do it indefinitely.  At one time, the regents would provide a file of the audio of their meetings as an mp3 file.  Now they don't on the grounds that the "archive" is available.

The consequence is that recordings of the meetings have to be made in real time.  That is, one hour of meeting times can be turned into an audio file only by one hour of recording.  Naturally, there has to be a delay in our archiving as a result.

There are some media reports on the meeting to which we provide links below in the meantime:
http://www.latimes.com/local/education/la-me-uc-regents-20140717-story.html
http://dailybruin.com/2014/07/16/regents-meeting-covers-endowed-chairs-funding-sexual-violence-policy/

The pro-Israel student regent was appointed despite controversy - pro and con - in the public comments segment.  Funding for endowed chairs was announced.  Although not mentioned in the articles, the use of STIP excess funds for the pension plan was approved, according to other sources.  We will provide more detail later.
Posted by California Policy Issues at 10:50 AM