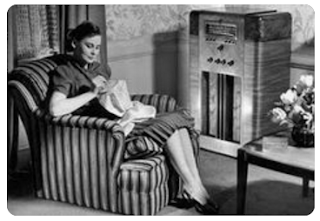 We are following our new practice - which was introduced when the Regents switched to YouTube temporary archiving - of first uploading the audio of meetings indefinitely and then providing some discussion.

We previously posted the audio of the afternoon of Sept. 14, which involved three simultaneous committee meetings.*

You have to be quite wonkish to enjoy the session of the Compliance and Audit Committee. However, the sessions of the Public Engagement & Development Committee and of the the Governance and Compensation Committee. The former dealt with fundraising (philanthropy) and UC lobbying. The latter primarily with the fallout of the Katehi affair and the question of chancellors and other key officials serving on outside boards. With regard to philanthropy, what you will hear is primarily descriptive - so many dollars targeted, shares from medical centers vs. the rest of campuses, capital vs. faculty (particularly endowed chairs) and students. If there is a grand strategy at either the campus or the UC-wide level, I didn't hear it. Most of what happens occurs at the campus level. The lobbying discussion focused primarily on Sacramento. There was some mention of federal efforts. Local lobbying was not mentioned, although campuses do have dealings with municipal officials. The lieutenant governor - who is openly campaigning to get rid of the world "lieutenant" in his title in 2018, has made legalization of marijuana and gun control part of his campaign - and is backing the related propositions on the November 2016 ballot. So when the discussion turned to the 17 state ballot propositions, he elaborated on both - although they have little to do directly with UC.

It became clear in the discussion of the new policy that top executives should only serve on two board maximum - that the Regents are not sure what policy they actually adopted. At issue essentially is whether the new policy - two instead of three - applies only to new hires or whether it applies to incumbents. There was a mix of views as to whether there were legal bars to changing the employment deals with incumbents and whether - legal issues or not - whether the limit of two applied only to new hires. If you go to the link in the footnote below, you can hear it all.
---
*http://uclafacultyassociation.blogspot.com/2016/09/listen-to-regents-afternoon-meeting-of.html
Posted by California Policy Issues at 12:00 PM