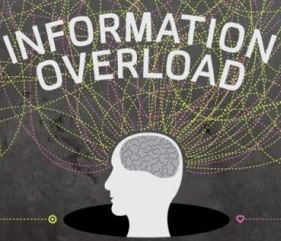 The period immediately after Labor Day is often viewed as the start of the final phase of the election season. Apart from the presidential race and the U.S. Senate race, there will be seventeen (!) propositions on the November ballot in California. Seventeen!! Even the New York Times is aghast.* The Secretary of State's office has the complete listing.** Of the seventeen, sixteen are initiatives (new legislation put on the ballot by voter petition). One is a referendum (a petition-based possible repeal of a law passed by the legislature and signed by the governor).

Despite the notion behind direct democracy, with its vision of Mom and Pop sitting around the kitchen table discussing deficiencies in public policy and then getting friends and neighbors to sign petitions, that isn't what happens in practice. Groups with deep pockets pay commercial signature-gathering firms to get the needed signatures. Because there were so many petitions out there competing for signatures, the cost per signature reportedly went as high as $5/name. In order to be sure you have enough signatures - many turn out to be invalid - you need as many as a million names. Not cheap!

Anyway, only one of the seventeen ballot items explicitly references UC. A possible tax increase on tobacco earmarks the uses of revenue for various health-related purposes including UC physician training. (Prop 56). There is a tax extension of Prop 30's top bracket income tax (but not its sales tax) under Prop 55. However, there is no explicit allocation to UC; in fact the funds are supposed to go to K-14. There is a marijuana legalization proposition - Prop 64 - which could lead to some added state revenue.  Of course, virtually everything has some budgetary implications, directly or indirectly, even social issues such as the death penalty. (There are two competing death penalty items on the ballot.)

Good luck working your way through this year's ballot choices. Or you can just watch the TV ads. Below are pro and anti ads for Prop 56 (tobacco tax) you are likely to see on TV; that's the proposition which, as noted above, makes reference to UC physician training: