Is there a plan for what might come next? 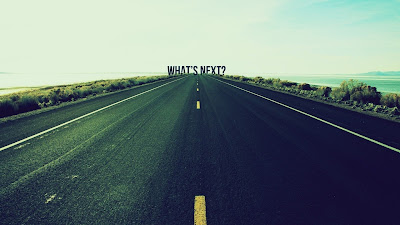 When there are highly publicized and charged cases of sexual harassment, but the accused remains on campus, what plans are there? It's not clear this issue has been thought through at Berkeley or UCOP in the Choudhry affair. From the San Francisco Chronicle:

Former UC Berkeley Law School Dean Sujit Choudhry, who resigned in the spring amid sexual harassment allegations, returned to campus last week after a six-month absence, drawing student ire and concerns about his presence and future role at the university.

Choudhry has stayed away from his office in Boalt Hall since March, after his suspension and resignation in the wake of a lawsuit filed by his former assistant.

At the time, UC President Janet Napolitano reportedly requested that Choudhry be barred from the campus for the rest of the term and as his case proceeds through a faculty investigation into possible code of conduct violations.

Whether Choudhry was officially barred or chose to say away was unclear. UC Berkeley officials would say only that university procedures “do not provide for automatic exclusion from campus of accused faculty while the process is pending.”

On Thursday, the interim law school dean, Melissa Murray, advised faculty, staff and students that the former dean would be back in his office this semester.

“As you know, in March 2016, then-Dean Choudhry resigned the deanship and assumed his position as a tenured member of the faculty,” she said. “Professor Choudhry is not scheduled to teach this academic year, but he will be on campus and working in his office.”

University officials suspended Choudhry after his former assistant, Tyann Sorrell, filed a sexual harassment lawsuit in Alameda Superior Court, saying that her boss hugged, kissed and touched her over several months and that the campus did nothing to stop it.

UC Berkeley’s Office for the Prevention of Harassment and Discrimination had previously investigated the claims and concluded Choudhry had violated university policy. His pay was docked 10 percent for a year, and he was required to apologize to his assistant and see a counselor at his own expense. Sorrell’s lawsuit, however, said the punishment was a slap on the wrist.

The case was among several questioned by critics, who said faculty, staff and administrators were given lenient and arbitrary punishment for violating the sexual misconduct policy. With the university facing growing criticism over its handling of sexual harassment cases, Choudhry stepped down as dean.

Law students met Friday to discuss the former dean’s return and planned to hold a town hall meeting this week to discuss concerns, including Choudhry’s role on campus, how often he’d be present and when the administration knew he would be back, according to a Boalt Hall Student Association memo.

Choudhry’s attorney, William Taylor, said his client is being subjected to “uninformed hysteria.”

The former dean was never barred from campus, and university officials know he’s not a threat, Taylor said. Napolitano “has no power” to bar him, he added. “He is fully employed and tenured by the law school.”

Choudhry is a respected constitutional scholar and has work to do, the attorney said. “The idea this man is somehow a danger has no basis, even in (Sorrell’s) description of what happened,” he said. “There’s no reason to exclude him from campus.”

Source: http://www.sfchronicle.com/education/article/Sujit-Choudhry-ex-UC-Berkeley-law-dean-returns-9203104.php?t=c9994bdd187d4f3860&cmpid=twitter-premium
Posted by California Policy Issues at 7:50 AM