Listen to the Regents Committee on Investments, Sept. 9, 2016 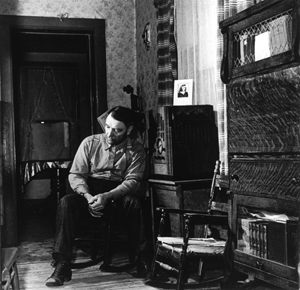 As promised, we provide below a link to the audio of the Regents’ Committee on Investments of Sept. 9. (And just in time for the Regents meeting of today and tomorrow – which we will eventually also archive.)

The bulk of the Investment committee’s time was spent on the dismal returns on the endowment and pension fund for the year ending June 30, 2016. There was much reviewing (bemoaning?) negative events such as Brexit, problems in China, etc., which caused losses on the portfolio. However, the university did worse than its benchmarks.

In past meetings, the university did better and the difference between benchmark and actual was shown on charts as “value added.” But this time there was value subtracted. It costs something to manage the investments actively, whether done in house or contracted out. (UC does both.) So there was discussion about maybe shifting away from actively managing to passive management. As the faculty rep pointed out, finance academics generally don’t find that over longer periods, there is a gain from active management. (In any year, of course, portfolio results will differ and some will do better than others.)

The fact that returns were low led to discussion of the interest rate assumed for long-term returns on the pension, currently 7.25% (recently lowered from 7.5%). In fact, the CFO in other forums has publicly stated that a more realistic rate would be 6-ish rather than 7-ish. When you lower the assumed rate, the unfunded liability goes up so the percent by which the plan is underfunded goes up. This is a matter of arithmetic. It should be stressed, however, that the degree to which a pension plan is actually under- or over-funded is not the same thing as the number produced by particular accounting methodology. The future is inherently uncertain. We don’t know what it is for sure until we get there.

Blog aficionados will recall temporary Regent David Crane, temporary because the state senate never confirmed his appointment by then-Governor Schwarzenegger. He is on the Committee as a consultant and pushes – as he did on the Regents – for a low discount rate, basically what absolutely secure long-term T-bonds would yield on the grounds that the pension is guaranteed, just like the return on T-bonds. There was some discussion but apparently there is now a split of responsibility between the Investment committee and the Finance committee with the latter charged with worrying about such matters as pension underfunding and the former worrying about investments. So the discussion ended with the thought that somehow the pension issue, both assets and liabilities, should be discussed by the full Board at some future date.

The other key matter was preliminary results on Tier 3, i.e., the degree to which employees hired starting July 1 are choosing the defined contribution plan vs. the cut-down pension. The answer was said to be around 70% (choosing the DC plan over the pension), despite the fact that the default choice is the pension. There is a proviso which no one brought up. Newly hired ladder faculty for this year were brought in deliberately in late June rather than July 1 so they would be in the Tier 2 pension. It was said that “faculty” are choosing DC at an above-average rate. But I suspect the “faculty” that was discussed consisted of various non-ladder positions. Note that it makes sense for folks who expect only a short duration of employment to choose DC over DB. Note also that if there were any junior ladder faculty in the numbers, they get a second point of choice after tenure. So it would make sense for such individuals to choose DC and then wait to see if they get tenure. But again, ladder faculty should not have been in the mix.

Still, if you want to worry about the DB plan becoming an orphan plan, you can start now. (And you can ultimately thank the Regents for that development.) It won’t literally become an orphan, but it could over time become an estranged child. And the folks who should worry about that eventuality are not current retirees or near-retirees. They are younger faculty who will someday retire and depend on the DB plan. Of course, if the state-Regents/employees fully fund the plan – whatever the portfolio turns out to earn – the money will be there. The political problem arises if there is underfunding and at some distant date, the well is beginning to run dry and most employees are not part of the system.

The audio link is below:
Posted by California Policy Issues at 7:14 AM