(Trying to) Take a Load Off Public Pensions 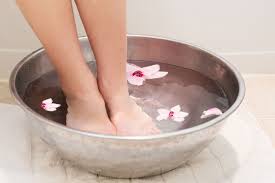 The legislature has sent a bill to the governor that would create a pension plan for private-sector workers who don't have one. It's a kind of IRA that would involve payroll deductions. Eligible workers would be in it unless they chose to opt out. So it's voluntary, although there is behavioral evidence that when the default is to be in something, folks often tend not to opt out. (They go for the default option, whether it's in or out.) Planning for the program has been in the works for several years, but the bill jelled recently. And there are still many details to work out before the 2018 start date, assuming the governor signs the bill (which is not certain).

Although it's not stated explicitly, part of the impetus for this bill was to deflect criticism away from public pensions such as UC's. Whether it will accomplish the aim of taking a load off public pensions remains to be seen. The plan's deductions (it's entirely employee-financed) will be quite modest. An article about the plan can be found at:
http://www.latimes.com/business/la-fi-state-retirement-plan-20160829-snap-story.html

In any event, we await the governor's decision and then we'll see if the load does come off: