Sorry About That - Part 2 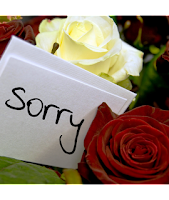 There are now more details concerning the story about USC's apology to UC-San Diego. According to the LA Times, the apology came with $50 million:

In a jaw-dropping conclusion to a bitter feud between two of the state's academic titans, USC agreed this week to pay the University of California $50 million and apologize for tactics used to poach a star Alzheimer’s researcher from the public university’s San Diego campus.

The agreement settled unprecedented litigation in which UC accused its private rival of repeatedly stealing away top scientists and their lucrative research grants with “predatory” practices and a “law-of-the-jungle mind-set.” ...

Full story at https://www.latimes.com/local/lanow/la-me-usc-uc-apology-20190704-story.html
Posted by California Policy Issues at 6:23 AM