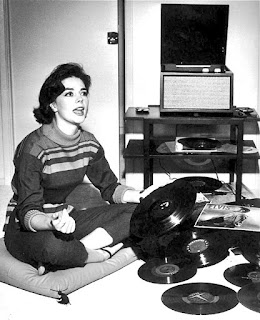 Below are summaries of the Regents sessions that took place on Wednesday, July 17, from the Daily Cal and the San Francisco Chronicle. Audio links are below. Note that the Governance Committee's session was postponed until Thursday.

The UC Board of Regents met Wednesday in San Francisco to review the upcoming budget for the 2019-20 school year, appoint Jamaal Muwwakkil as the student regent for the 2020-21 school year and review basic needs within the UC system.

According to board chair John Pérez, Wednesday’s meeting was focused on empowering the UC system to innovate and find new ways to “provide an elite education without elitist barriers that limit education.”

During the public comment section of the board meeting, three UC students asked the regents to support Senate Bill 24, calling for more accessible abortion care near UC campuses.

A UC Berkeley alum spoke on behalf of Emma Warshaw, a UC Davis student who is the co-founder and former president of Students for Reproductive Freedom at UC Davis, in a statement urging the regents board to support the bill.

“I can assure you there is widespread support for this bill on my campus,” the statement said. “Right now, with other states banning abortion, the UC system has a chance to show the nation that California prioritizes its students and our reproductive health.”

In addition to abortion care, several issues were addressed through public comment, including the role of the UC system in climate change, fossil fuel emission and UC faculty misconduct.

During the Public Engagement and Development Committee meeting, mental health funding for UC students was discussed, and a three-tier model was proposed to fund and address student mental health.

In a presentation by Brad Buchman, medical director of student health and counseling for UC Health, and Angela Gilliard, legislative director at the UC Office of the President, the committee reviewed statistics highlighting the current mental health issues on UC campuses. During the presentation, it was stated that 61 percent of UC students felt overwhelming anxiety and 12 percent seriously considered suicide — these numbers supplemented a conversation surrounding how to tackle mental health funding within the UC.

“This is not unique to UC,” Buchman said. “As we know, students are experiencing an incredible amount of distress, and not all of them are coming to our counseling centers.”

Buchman and several committee members emphasized preventative care during the meeting, citing that the bulk of investment should be in the third tier of the three-tier model: prevention work.

In an open meeting of the Academic and Student Affairs Committee, a report generated by the UC Student Association and the Institute for College Access and Success about student loan debt was shared. The report, meant to identify gaps in UC financial aid and highlight opportunities for Cal Grant reform, showed that UC students who are lower-income and those who are members of underrepresented groups are more likely to borrow money for tuition.

Following the report, Jazz Kiang, a doctoral student studying in the Higher Education and Organizational Change Division at UCLA, spoke to the committee about how student loans and debt affect lower-income students disproportionately.

“Most of my college friends and colleagues needed to take out student loans in order to get by, and some still must balance repayment of those loans with other forms of debt their families had,” Kiang said. “It is unrealistic to assume that all students and families can navigate this landscape equally.”

University of California auditors found weaknesses in 11 admissions processes — including potential conflicts of interest among application readers and failing to verify whether students won the awards they said they did — in a report presented to the UC regents Wednesday that echoes problems exposed in a recent nationwide admissions scandal.

While UC campuses generally do a good job of protecting against admissions fraud, there are holes in the system that should be patched, UC auditors Alexander Bustamante and Matthew Hicks told the regents meeting in San Francisco.

UC conducted the internal audit of its policies in response to the national admissions scandal known as Varsity Blues that rocked elite college campuses across the country this year — including UCLA and UC Berkeley — and resulted in charges against 50 people, including celebrities and other wealthy parents of students seeking admission into those universities.

UC’s audit is the first of three that will examine the integrity of the system it relies on to accept undergraduates, who number about 200,000. The second audit, to be released early next year, will evaluate admissions data and the effectiveness of controls across the nine undergraduate campuses. At the request of state lawmakers, California’s independent state auditor will conduct the third evaluation in January.

The first audit found that that many campuses pay too little attention to the possibility of admissions fraud, leaving them vulnerable to the kind of scandal that swept across the country this year. Among the audit’s conclusions:

• “A few campuses,” unidentified in the audit, had no documented admissions policies and procedures. At other campuses, documentation was found to be vague — such as failing to identify who evaluated applications or made final admissions decisions.
• In cases of “admission by exception” — where applicants with desirable talents, athletic ability or other qualities receive an additional layer of review — most campuses fail to document why those students were admitted.
• Most campuses have insufficient policies covering conflicts of interest for employees who help make admissions decisions, although that was not the case for those who read the applications.
• Application readers from outside the university posed a higher risk of a conflict of interest than readers employed by UC. Some of the “external readers” are local high school teachers or counselors, for example, “and may wish for students from their schools to be admitted.”

The audit also found a level of risk in UC’s process of hiring an outside vendor each year to look at a random sample of applications to verify the non-academic achievements claimed by the students, in part because the sample size may be too small to be statistically significant.

UC requires only one non-academic item per application to be verified, and additional items are not reviewed even if the risk of falsification is high.

At the same time, UC cancels an average of less than six applications per year because of falsified information.

The audit found that “a significant number of students” simply don’t respond to the university’s request to verify non-academic claims, such as honors, awards or community service. And, without documenting why, the university also excuses a small number of applicants from having to verify such claims. In 1,000 applications reviewed over three years, 2017 to 2019, auditors found 23 such undocumented exemptions.

Auditors also found that recommendations from campuses or departments to admit certain students because of athletic ability or other talents often lack evidence to back up the claims.

“In order to mitigate the risk of undue influence or fraud associated with these ‘special admissions,’ this category of applicants requires a higher level of control,” according to the audit report, which recommended that campuses do a better job of verifying students’ claims before forwarding the recommendation to the admissions office.

Regent Lark Park called it “a very good report” and said she was surprised at the lack of documentation revealed by the evaluation.

Regent Jay Sures asked Bustamante how many students had been fraudulently admitted to UC campuses as part of the recent admissions scandal. Bustamante said he wouldn’t answer that question in public “because of an active investigation,” noting that the office of UC’s top lawyer “has been active.”

Audio links are below:

National Labs: (Official recording appears to omit earlier part of this session)
https://archive.org/details/3regentsfinanceandcapitalstrategies71719/3-regents-National+Labs+7-17-19.wma
Posted by California Policy Issues at 8:40 AM