Somebody needed to stop and think 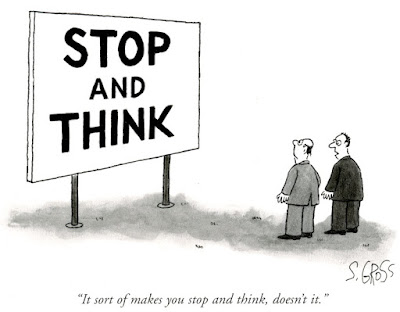 There are a lot of allegations and contradictions in the account below. But it is clear that somebody in charge needed to stop and think - and that it didn't happen:

Members of the UCLA dance team had seen it before.

A 76-year-old man offering them drinks, his hand resting on their legs as they politely declined, and his voice calling after them as they fled the event to hide.

And they had reported it to their director, Mollie Vehling.

In November, six team members found themselves sitting with donor Alan Robbins at a Las Vegas show. Almost exactly a year earlier, members of the Spirit Squad fled from a dinner hosted by Robbins to escape the donor’s persistent urges that they accompany him to a club.

This time, the accounts of the team members got back to UCLA administrators, who placed Vehling on leave in December to launch a Title IX investigation that led to Vehling’s dismissal May 17.

The 2018 Las Vegas show sparked the investigation, but according to a dance member who asked to remain anonymous, the show was not an isolated incident.

Robbins, who said he started donating to the Spirit Squad over 15 years ago, said he has regularly hosted dinners for the team at the nicest restaurant in the city they’re bothin. He said sometimes he attended the dinner and sometimes he just left his credit card.

Robbins said a team director had always been present at each dinner.

“I don’t recall any dinner where it was just the Spirit Squad members,” he said. “Either (Vehling) was there or someone else would be who was traveling with the team.”

During the 2018 Las Vegas trip, the dance team member said the team’s captain told the squad, on behalf of Vehling, that Robbins had bought tickets to a show and the dancers would have to attend without their director. The show, called “Absinthe,” is known for its risqué content and interactions with audience members.

But the dance team member said it was more than the show that made the six team members apprehensive to accompany Robbins to the show.

“It wasn’t about even the content of the show, which was inappropriate; it was that we were alone in Vegas with (Robbins),” she said. “The biggest thing that was uncomfortable was that we did not have an adult with us. And, you know, his history.”

The dance team member said she was seated next to Robbins during the show and saw the 76-year-old watch her and her teammates react to the performers’ vulgar comments.

Robbins said a comic in the show made a number of insensitive jokes in his performance and at the expense of the dance team members, leading Robbins to write a letter to Caesars Palace to report the show.

“It was a horrible show,” Robbins said. “I wouldn’t recommend it to anybody.”

The ex-senator said he has invited the entire Spirit Squad to a Las Vegas show of the team’s choice every year for the past dozen years, but in November, there were limited options.

Robbins said the show was the only one that would fit into their schedules.

The dancer said she and her team members attempted to leave the show before it ended because they felt uncomfortable, but Robbins was reluctant to let them go. He placed his hand on the dance team member’s leg as she left and then followed the six women out of the crowd, according to the dance team member.

“At that point, people were really emotional, upset and scared,” she said. “We actually had to run inside the hotel and duck into a girls’ bathroom to basically hide and (wait) for him to leave.”

Robbins said he left the show with the Spirit Squad because they were appalled by the content of the show.

“(Vehling) just said that we had hurt (Robbins’) feelings, that he was upset,” the dance team member said. “There was no apology or regard for what had happened to us.”

But the Spirit Squad’s stories were heard and the Title IX investigation started in December. Members of the team were asked to share their experiences with Vehling, and the evidence led to the director’s dismissal.

“UCLA fully supports and is grateful to current Spirit Squad members and coaches who bravely described their own experiences and complied with University policy in bringing these issues forward,” said Tod Tamberg, a UCLA spokesperson, in an email statement.

However, Vehling stated in an email that she is in the process of appealing the decision and denies all the allegations against her.

Robbins said he has heard positive reviews of Vehling from many people the former director has coached.

“I cannot tell you how many Spirit Squad members have told me they consider her their UCLA mom,” Robbins said. “She puts in long hours and lots of members of the Spirit Squad have told me how important she is to their life.”

In response to Vehling’s email, UCLA alumnus Mathew Satuloff created a petition for the director’s reinstatement, which includes a statement in defense of Vehling and has garnered almost 1,000 signatures as of July 14.

In his petition, Satuloff praised Vehling’s leadership and character, before going on to accuse the Alumni Association, which previously oversaw the Spirit Squad, of prioritizing the interests of donors and not properly disclosing the association’s practices.

Some of the claims Satuloff made in his petition have not been verified.

“I wrote the petition because I knew that I trusted (Vehling), … but I couldn’t get any facts, so I had to imagine a lot of the facts,” Satuloff said. “I put some things in there that I knew were guesses – they were good guesses, but they were guesses.”

Satuloff said one of his guesses was accusing the Alumni Association of targeting Vehling as a “fall guy,” though he had heard that the organization was pushing her to focus more on donors than she wanted to.

One example of this, Satuloff said, is the Spirit Squad spending more time at the donor tent during football games instead of interacting with fans. The dance team member also said she has seen Vehling begin favoring the interests of donors over those of team members.

“As my time went on, it became clear that I don’t think (Vehling) had our best interests at heart,” the dance team member said.

But Satuloff said he believes the push to appease donors came from the Alumni Association, not Vehling herself. He said Vehling, as the Spirit Squad director, was never in a position to question these decisions involving donors.

Satuloff wrote the petition prior to the Orange County Register’s report of the Las Vegas incident that led to the Title IX investigation. However, the alumnus said he remains in support of Vehling.

“I do think it’s a huge problem that (Robbins) was allowed to have this contact and what ended up happening was this show, … but I don’t see how it’s (Vehling) because – not to diminish her – but she is middle management,” Satuloff said. “There’s no question this is bad – that’s not the debate I have. The debate I have is: Is the badness being laid at the right person?”

While the Alumni Association may choose its list of donors, Robbins said he coordinates all his dinners and shows with the Spirit Squad through Vehling.

“It’s not directly through (the squad), it’s through (Vehling),” Robbins said. “She tells me what show they’d like to see and I buy the tickets.”

The dance team member, however, said she believes it was in Vehling’s control to take action and protect the team from uncomfortable interactions with donors.

“(Vehling) was the head of our program and she absolutely could have said, ‘No, we’re not going to the show,’” the dance team member said. “She could have made the situation better after it happened. She definitely had the power to change the relationship with these people.”

But Satuloff and almost 1,000 other people believe these weren’t Vehling’s decisions to make – they were the Alumni Association’s.

“The University is prohibited by the right of privacy held by employees from providing information while such processes are pending,” Tamberg said. “We recognize that some may question the University’s decisions, but the well-being of our students is the university’s top priority.”

The ongoing investigation may take up to a year from now to complete, according to Tamberg’s statement.