USC apologizes to UC San Diego for wresting control of its renowned Alzheimer’s research program: USC says its behavior, which led to a lawsuit, did not align with the school’s ethics and standards 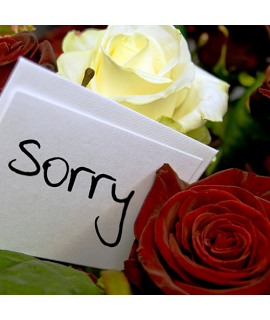 The University of Southern California on Tuesday publicly apologized for the way it wrested control of the prestigious Alzheimer’s Disease Cooperative Study at UC San Diego in 2015 during a raid that led to a highly contentious lawsuit. USC also settled the lawsuit, which was filed in San Diego County Superior Court. Terms were not disclosed.

The apology and settlement represent an extraordinary turn around from four years ago, when USC took control of the program’s data, contracts worth tens of millions of dollars, and gave jobs to the program’s star researcher, Paul Aisen, and some of his staff.

“USC and Dr. Paul Aisen regret that the manner in which Dr. Aisen and members of the ADCS staff left UC San Diego and brought research assets to USC (and) created disruption to UC San Diego,” the university said in a statement late Tuesday.

“These actions did not align with the standards of ethics and integrity which USC expects of all its faculty, administrators, and staff. USC is committed to, and wants to be known for, ethics, integrity and the pursuit of academic excellence, and it has already implemented sweeping changes to this end.

“These standards will apply to all aspects of University operations, including the recruitment and/or transition of faculty members to or from USC. USC regrets that actions in this case fell short of these standards.”

Dr. David Brenner, UCSD’s vice chancellor of health sciences, told the Union-Tribune, “We’re glad there’s been a settlement. USC undermined our ability to do research. We have recovered under new leadership, we’re better than ever, and we’re working on trials. We’re working to find ways to cure Alzheimer’s disease.”

The bitter dispute concerned not only the fate of UCSD’s prized Alzheimer’s research program, but the personal feelings of Aisen, who said UCSD had failed to give the program the resources it needed.

Meanwhile, USC used the opportunity to extend the strength of its own Alzheimer’s research, with Aisen’s new center giving the university a major presence in San Diego.

Aisen said Tuesday evening that he’s glad the matter has been put to rest, so he can continue the important work of finding better treatments for Alzheimer’s.

“I’m very happy to be moving forward,” Aisen said. “We have a lot of work to do. We have two major trials (of experimental Alzheimer’s therapies).”

As the Union-Tribune reported in 2015, the dispute quickly turned ugly when USC disclosed that it had gotten eight of the project’s 10 main contracts after convincing sponsors that it was better suited to manage their clinical trials of experimental drugs and therapies for the neurological disorder.

Those sponsors defected from the Alzheimer’s Disease Cooperative Study, or ADCS, and shifted to an institute that USC opened in San Diego.

At the time UCSD confirmed the major setback, but said USC overstated matters by claiming that the contract transfers were worth up to $93.5 million.

Officials at UCSD conceded in 2015 that they failed to tightly manage the Alzheimer’s program and allowed it to drift away from campus life.

Brenner said on Tuesday night that the dispute was never about Aisen.

“We lose people all of the time,” Brenner said. “This was about how USC sabotaged our program.”

So they're singing a different tune?

"USC is committed to, and wants to be known for, ethics, integrity and the pursuit of academic excellence"

Seems a little late for that—they have already established their reputation in ethics and integrity, and it is not particularly favorable.