Telescope - The View from Afar - Part 5 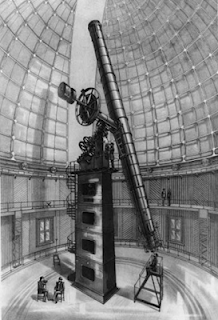 Gov. David Ige on Tuesday rescinded the emergency proclamation for Mauna Kea, saying there are no immediate plans to move Thirty Meter Telescope construction equipment up the mountain due to approaching Hurricanes Flossie and Erick.

“The intention would be to keep law enforcement there just in order to keep people safe,” Ige said during a news conference at his Capitol office in Honolulu. “But obviously, we are monitoring the approach of the storm and will be taking appropriate action.”

Ige also announced that his administration is extending the deadline for TMT construction to start for two years — until Sept. 26, 2021. Suzanne Case, head of the Department of Land and Natural Resources, said permit applicant University of Hawaii at Hilo requested the deadline extension Tuesday morning on behalf of TMT International Observatory. Case said she granted the extension because the project has made a good-faith effort to start construction but has been foiled by protesters who have blocked attempts to move equipment to the telescope site near the summit of Hawaii’s tallest mountain.

Protest leader Kaho‘okahi Kanuha described the administration’s moves as a victory, saying he and others have argued from the beginning that the emergency proclamation was unnecessary. Now, he said, with the proclamation rescinded, the state cannot dip into extra resources for law enforcement and cannot bypass environmental laws to create new roads, an action the state has been rumored to be looking into.

TMT spokesman Scott Ishikawa said the two-year extension was requested “out of an abundance of caution because the project has been challenged on so many things.”

“We continue to support the ongoing conversations around those issues that are larger than TMT and Maunakea. At the same time, it is important for us to get started as soon as possible,” he said in a statement.

The protesters have been blocking Mauna Kea Access Road since July 15 in a move to prevent construction of the $1.4 billion Thirty Meter Telescope or, as they put it, the desecration of one of Hawaii’s most sacred places. Ige issued the TMT emergency proclamation July 17 with the aim of giving law enforcement more flexibility and to allow for the closure of vast areas of the mountain in preparation for the movement of heavy equipment. The proclamation was set to expire Friday.

In a statement Tuesday, UH President David Lassner said the previous deadline wasn’t helpful in trying to resolve the standoff, and the extension is among several new developments “moving us in a peaceful direction that is positive for all the people of Hawaii.”

“Although the removal of this deadline gives us more time to work together toward peaceful resolution, I acknowledge that some members of our community will be upset,” Lassner said.

Stanley H. Roehrig, a Hilo lawyer who represents Hawaii island on the Board of Land and Natural Resources, said Tuesday that he wants more discussion about the time extension Case approved.

“Based on the complexity of the ongoing impasse on Mauna Kea, I believe at the appropriate time for board input, I would like to give my personal input on this matter because it goes to the very fabric of Big Island community and, in particular, my friends and neighbors in the Keaukaha-Panaewa community,” he said. “I think we can also benefit from input from other board members as well who have a diverse background in serious matters of this nature.”

Roehrig, who voted against the conservation district use permit for TMT when it came before the Land Board, would not say whether he believes the time extension for construction to begin should have come before the board. Meanwhile a panel of three state judges heard arguments Tuesday on a motion by the state to dismiss a suit by Big Island kumu hula Paul Neves seeking to overturn the TMT emergency proclamation. State attorneys were trying to dismiss the case, in light of the governor’s action Tuesday, and to strike Ige as a witness in case there is a hearing for a preliminary injunction.

In their ruling, the judges decided not to dismiss the case because Ige can easily declare another emergency proclamation “with the stroke of a pen.” Nevertheless, they canceled Thursday’s hearing on Neves’ preliminary injunction request.

“It is this court’s determination that holding a hearing on the preliminary injunction application will involve testimony, some of it will be extremely emotional. The court is concerned that such testimony could unnecessarily aggravate the parties and destroy any progress that has been made thus far.”

“I want to assure everyone that we are committed,” Ige said. “Our law enforcement officers will remain at the site to ensure the safety of all those involved.”

On the mountain, Kanuha said the protesters are prepared to evacuate their Puu Huluhulu garrison if the hurricanes become too much of a threat. Ige said he doesn’t anticipate any construction activities in the next few days because of the threat of the hurricanes.

“For the safety of all involved, we wouldn’t want to escalate activities,” he said.

Ige said he and Hawaii island Mayor Harry Kim, his chief Mauna Kea negotiator, are in constant contact and committed to finding a peaceful solution to move the project forward.
Posted by California Policy Issues at 9:43 AM