There are all kinds of admissions... 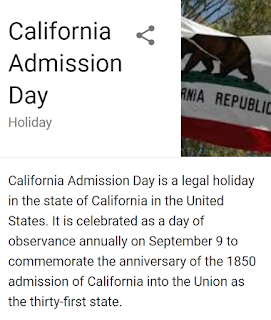 ...but some are more cause for celebration than others:


From the LA Times: Even by the lofty standards of UCLA gymnastics, the team’s 2016 freshmen stood out.
The group was one of the greatest collections of recruits in NCAA history, including two Olympic gold medalists and others with state, regional and national accolades.
One of the nine women, however, stood apart. Maria Caire’s team biography had no record of a competitive career.
UCLA listed Caire as a past member of Pasadena-based Club Champion Gymnastics, but top gymnasts who trained at the club during the same period told The Times they had never seen her practice. There is no record of her participating in a meet for the club.
Caire, however, had something other aspiring collegiate gymnasts didn’t. Her uncle was a close friend of UCLA’s legendary coach, Valorie Kondos Field. In a book published last year, Kondos Field described the student’s uncle as “one of my dearest friends.” Property records show they owned a condominium together in the late 1990s.

Kondos Field, who led the school to seven NCAA team titles in 29 seasons before retiring in April, said the friendship had nothing to do with Caire’s recruitment. The coach instead credited the student’s character, work ethic and potential in the vault. Caire hasn’t competed for UCLA because of medical issues but worked as a team manager the last two seasons, Kondos Field said.
“She has put in as much time to UCLA gymnastics as any one of her teammates,” the coach said.
The nationwide college admissions scandal has revealed how some students with fake athletic resumes gained entry to elite universities through bribes to administrators or coaches. But the scandal also has renewed scrutiny of a more pervasive complaint in higher education: Applicants use influential connections to take advantage of the side door as athletic recruits despite lacking the accomplishments of their new teammates...
Full story at https://www.latimes.com/california/story/2019-07-20/la-sp-ucla-athlete-recruits-children-coaches-admissions-20190721
Posted by California Policy Issues at 9:46 AM