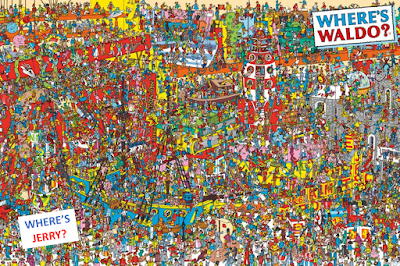 It was announced in June that former governor Jerry Brown would be joining the UC-Berkeley faculty as a visiting professor in July. But if he has, he isn't listed in the UC-Berkeley online directory as of today. July runs out on Wednesday.

He is supposed to become director of the California-China Climate Policy Institute, according to an item that appeared over a month ago in the Sacramento Bee.* But when you search for that program on the Berkeley website, it appears as a link that can only be accessed with a password. (See below.)

Even in retirement, Jerry Brown is still trying to save the world.

“We are talking about extinction,” he said during a climate change conference in Vatican City in 2015. “We’re not there yet, but we’re on our way.”

In July, Brown will leave his retirement to join UC Berkeley in helping launch the California-China Climate Policy Institute. He’ll also serve as a visiting professor, according to an email sent to Berkeley staff obtained by The Bee.

The former governor will be California director of the new institute, according to the email. Brown will spend three years as a visiting professor at U.C. Berkeley’s College of Natural Resources and Berkeley Law School. His main role will be to help run the institute.

While in office, Brown sought to make California a global leader on fighting climate change, including with his 2017 trip to China. Brown has called China the world’s “great hope” on on climate change in the wake of U.S. President Donald Trump’s rollback of environmental agreements and policies undertaken by his predecessor Barack Obama.

A spokesman for Brown declined to comment about the institute specifically, but provided a general statement.

“At a time of increasing tension between the United States and China, it’s imperative to foster serious and fruitful collaboration on climate change,” Brown said in the statement. “This is the defining issue facing our two countries and I intend to continue working with China to meet the goals of the Paris Agreement — and beyond.”
===========
There was even a Sacramento Bee cartoon that went with this appointment: 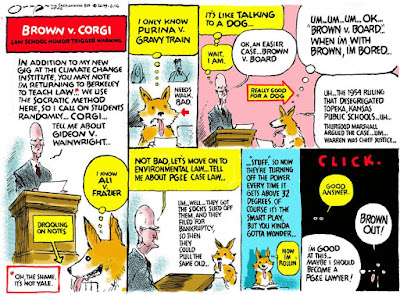