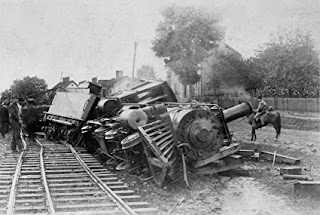 As we have noted in past posts, although UC is not a participant in CALPERS, UC employees at one time were allowed to buy long-term care policies as state employees. Then the premium shot up. Was it bait-and-switch or incompetence? In any case, the premium hike led to litigation.

It doesn’t look like there will be a happy ending for the over 100,000 CalPERS long-term care policy holders who are represented in the class action lawsuit, Wedding v. CalPERS. That doesn’t mean there’s a good outcome for CalPERS either. However, things should work out for the plaintiffs’ attorneys.

The bone of contention is that CalPERS approved an eye-popping 85% increase in premiums in 2013, hitting only the policies with the most generous payment features. The plaintiffs contend that these increases weren’t permissible and are seeking substantial damages.

The case has been grinding through the California courts since 2013. Judge William Highberger, in his decision from a June 10 trial, explicitly called on the legislature and state government to bail out the long-term care scheme.

Needless to say, this is a highly unusual step for a judge to take in a contract dispute. At a minimum, it signals an expectation that CalPERS will lose and lose big.

But CalPERS losing would be of no benefit to the policyholders as a whole (there could be some reallocation among them). It’s highly unlikely that the state will throw money at CalPERS. Unlike CalPERS’ pensions, the state has no obligation. The long-term care insurance plan was set up to be self-funded. So in a worst-case scenario, and “worst-case” looks all too likely, the relevant plans will be insolvent.

If the case results in a significant money judgment against CalPERS, and the judge’s body language is that that’s a probable outcome, the only place the funds can come from is the long-term care plans themselves. As we’ll discuss, that means that CalPERS would need to bankrupt the long-term care plan or take other measures to deal with their insolvency. Note that CalPERS has just put out a bid opportunity for an outside bankruptcy counsel*...

Source: https://www.calpers.ca.gov/page/about/doing-business-with-calpers/bid-opportunities
Posted by California Policy Issues at 9:05 AM