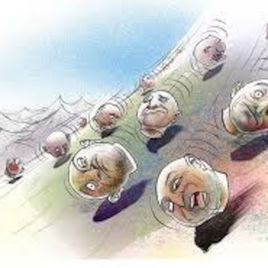 Below - all the way at the bottom - is a good illustration of why the "call-me-if-you-have-a-problem" style of management doesn't work well. No one wants to tell the boss he/she has (created) a problem. So the boss doesn't find out until the problem blows up to the point where it can't be hidden.

UCLA Medical Center learned in 2014 that a breast cancer patient had made abuse allegations against gynecologist Dr. James Mason Heaps, but officials did not move to fire him until four years later, after more accusations came to light, university records obtained by The Times and interviews show.

The patient said she told UCLA Health that she was “completely shocked and embarrassed” by what she claimed were inappropriate sexual touching and comments during a medical consultation. She also filed a complaint with the California Medical Board.

A month later, a UCLA Health manager told the woman that the executive chair and vice chair of the Department of Obstetrics and Gynecology had “thoroughly reviewed and investigated” the allegations, according to the documents reviewed by The Times. Virgie N. Mosley, manager of patient affairs, did not inform the woman about the review’s outcome, telling her in an April 2014 letter that the internal process was “confidential and remains protected information.”

That response described by the woman would be at odds with the University of California’s 2013 sexual misconduct policies, which required that “the complainant shall be informed if there were findings made that the Policy was or was not violated and of actions taken to resolve the complaint, if any.” And according to policy, any investigation of sexual misconduct complaints “generally shall include interviews with the parties if available.”

Mosley, who has retired from UCLA, could not be reached for comment.

The university’s actions raise new questions about whether UCLA did all it could to protect patients or follow UC guidelines at a time when the system touts itself as a national leader in establishing strong protocols that are sensitive to victims and responsive to complaints.

UCLA officials did not publicly announce that they had forced Heaps out for violating sexual misconduct policies until June 10, after Los Angeles prosecutors charged the gynecologist with sexual battery and exploitation during the treatment of two patients in 2017 and 2018. UCLA medical officials earlier had told patients that he retired.

Heaps has denied any wrongdoing, and his attorneys have said he will fight the charges.

UCLA Chancellor Gene Block has apologized to patients for any harm caused and appointed an independent review committee to investigate how the university handled complaints against Heaps.

In an earlier interview with The Times, Block said he knew of no “red flags” about Heaps until he was told about a patient complaint of sexual misconduct in December 2017, which triggered a Title IX investigation.

Curry said the independent review committee is investigating who knew of the prior complaints, what was done about them and why the 2014 case was never referred to the Title IX office.

The woman who filed the 2014 complaint said she tried to raise an alarm about Heaps and was brushed aside by UCLA medical officials. She said she was publicly disclosing details of her experience for the first time in order to hold the university accountable and prevent further harm to women.

"I didn't want anyone else to be hurt," said the Central California woman, who is not being identified by The Times because she is alleging sexual assault. When she found out about the allegations, “I was mortified. They could have prevented all this if they listened to me."

Heaps and his attorney, Tracy Green, did not respond to a request to discuss the woman’s allegations.

In an earlier interview, Green said that all charges against her client were “baseless” and that Heaps would fight them. She said he was a “respected, talented and thorough gynecological oncologist” whose treatment was always medically necessary and done with respect for patients.

Green added that the California Medical Board had closed the 2014 complaint with no finding of wrongdoing. The woman who filed it said an investigator had interviewed her via Skype in June 2014 but that the board concluded it was a “she said-he said” case and took no action.

Since UCLA made the allegations public, 102 people have contacted the university with concerns about Heaps as of July 1, and 123 people have expressed support for him, Curry said — adding that the university is following up with everyone who alleged inappropriate contact.

In the 2014 case, the patient was a 41-year-old single mother when she visited Heaps for a consultation on whether to remove her ovaries following a bilateral mastectomy, chemotherapy and radiation. It quickly became a physical exam, she said.

She alleged that the doctor began rubbing his bare hands "sensually" across her exposed stomach, then began to circle her naval with them like an "intimate partner." After that, she alleged, Heaps lifted a paper sheet covering the lower half of her body and ran a gloveless finger through her pubic hair, twirling it as he searched for a potential incision point.

She said Heaps told her, "You’ll still be able to wear a skimpy bikini,” then laughed. When a nurse entered, she alleged, the doctor "pulled the sheet down" like someone who just got caught.

"I was shaking," she said, "I was taking deep breaths. You know it is not OK, but you asked for the information and your life may depend on him."

Once the nurse arrived, she said, Heaps conducted a pap smear even though she already had one on record and inserted an ultrasound instrument into her vagina. When the nurse left, she said, he ran his hands all over her body under the auspice of checking for skin cancer.

Shocked and trembling, she went to another UCLA doctor’s office and relayed the experience to a medical assistant. Within days, she sent a formal complaint to UCLA and the California Medical Board.

"I was completely shocked and embarrassed. I had never been touched that way by any OB/GYN doctor," she told UCLA officials. “This experience left me feeling very violated.”

The only response she said she received was Mosley’s letter a month later.

"I am sorry that you had such a negative experience and that this has caused you such concern and dissatisfaction and apologize for any frustration this may have caused you," Mosley wrote.

UCLA Health had hired Heaps in February 2014 — one month before the alleged abuse — and paid about $60,000 for his medical equipment, furniture and other hard assets, Curry said. By 2015, his annual income had doubled to nearly $1.2 million, according to UC payroll data.

"They basically hid the complaint and that allowed him to continue to find new victims at UCLA," said attorney John Manly, who represents the 2014 patient and 50 other women allegedly sexually abused by the physician.

Heaps continued to see patients with no restrictions even after the Title IX complaint was filed against him on Dec. 20, 2017. Two months later, the gynecologist treated another patient who would later allege that he sexually assaulted her by improperly putting his fingers in her vagina.

That patient, whose attorney sent UCLA a notice to sue earlier this year, was awarded $2.25 million in a settlement finalized last month with UC regents. In a separate case, a nurse practitioner was awarded nearly $1.3 million in March to settle her complaint that Heaps committed sexual harassment and retaliated against her for participating in a UCLA sexual misconduct investigation about him.

Both redacted settlements were included in documents released Monday in response to a public records request filed by The Times.

In addition, the documents show that the UCLA official who reviewed the 2014 complaint found no “clear transgressions” but told investigators he stopped referring patients to Heaps after that because the gynecologist’s practices “would make him uncomfortable as a patient.”

University officials never warned the campus about Heaps, although federal law requires them to do so if they believe someone accused of sexual assault is a safety threat. 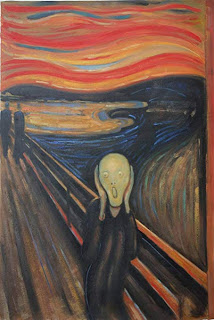 Instead, UCLA notified Heaps’ patients in June 2018 that the gynecologist was retiring without telling them that they found he had violated UC policies on sexual misconduct.

Dr. Deborah Krakow, chairwoman of the UCLA obstetrics and gynecology department, told patients “with mixed emotions” that Heaps had retired from active practice. She assured patients their clinical care would continue uninterrupted with other “highly qualified doctors" and pledged a seamless transition.

Block said UCLA did not disclose the allegations of sexual misconduct in announcing Heaps’ retirement because the university was still investigating them.

As for the university's actions after being informed of alleged assaults, Block said in a recent interview that the university correctly followed UC sexual misconduct policies and reported the 2017 and 2018 complaints to the state medical board and law enforcement but did not act as “promptly or as efficiently as I think we should have.”

The chancellor only learned of the 2014 complaint after UCLA launched the Title IX investigation into the 2017 allegation.

Source: https://www.latimes.com/local/lanow/la-me-ucla-gynecologist-sexual-misconduct-patient-20190711-story.html
Posted by California Policy Issues at 10:36 AM