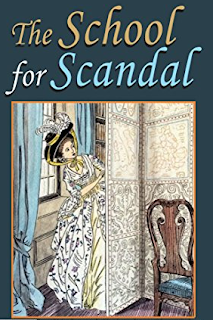 Robbins, 76, represented Van Nuys in the state Senate for 17 years, resigning six months before he was convicted in 1992 of bribery, extortion and tax evasion and sentenced to five years in prison.

The dismissal of UCLA’s longtime spirit squad director earlier this year is tied to an incident in which a high-profile donor — a disgraced ex-state senator — paid for the tickets and sat with six dance team members at a racy Las Vegas show the university condemned as inappropriate.

Mollie Vehling, the Bruin Traditions director who supervised the spirit squad for nearly 20 years, was removed from her position May 17, according to an email she sent and obtained by the Southern California News Group. Vehling initially was placed on leave in December while the university’s Title IX office conducted its investigation. She said she is appealing the firing.

Title IX is the 1972 law that prohibits sexual discrimination or harassment at schools that receive federal funding.

The report has not been disclosed by the university, but a dance team member said six members of the spirit squad attended the late-night show at Caesars Palace on Nov. 23 with former California lawmaker Alan Robbins, a longtime UCLA booster and alumnus.

Robbins, 76, represented Van Nuys in the state Senate for 17 years, resigning six months before he was convicted in 1992 of bribery, extortion and tax evasion and sentenced to five years in prison. Years earlier, he was charged but later acquitted of having sex with two 16-year-old girls in 1978 and 1979.

Robbins in the past has covered some travel and lodging costs for members of the spirit squad but did not contribute to their expenses for the Nov. 22-23 trip to Las Vegas with the men’s basketball team, which was in town for the 2018 Continental Tire Las Vegas Invitational to play Michigan State, the University of Texas and the University of North Carolina.

In an interview with the Southern California News Group, however, Robbins said he did pay for the squad’s tickets to the Caesars Palace show, as he has done during past visits to Las Vegas, and sat with them in the front row. He described the show’s comedy as sexist and racist. He chose it, he said, because it was the only one that would fit the dance team’s schedule.

The dance team member, who asked to remain anonymous so as not to jeopardize her standing on the team, said Vehling told the squad members to attend the show with Robbins because he offered the tickets.

“Mollie didn’t give the girls an option — she basically said you have to go,” the dance team member said.

The dance team member didn’t remember the name of the show, but Robbins recalled it was in a tent. A representative from Caesar’s Palace confirmed the only show offered in a tent that weekend was Absinthe.

The promoters of the show describe it as “an immersive adult playground where the artists of Absinthe perform on the most intimate stage in town. Not for the faint-hearted, these ridiculously talented and sexy performers from across the globe mix outrageous comedy with jaw-dropping feats of virtuosity and danger.

The show’s performers are known to interact with audience members. On Nov. 23, one cast member called out the dance team’s attire and made sexually charged comments about them.

The dance team member said her teammates were uncomfortable during the event not only because of the show’s inappropriate content, but because Robbins was adding his own unseemly comments.

As an outgrowth of the Title IX investigation, Robbins said he has been told he will no longer be allowed access to his regular seats at UCLA athletic events. He wouldn’t reveal his proximity to the spirit squad from the former seats. To his knowledge, though, he said he is still allowed on campus and able to donate to the university.

During the investigation, Vehling was not allowed to contact anyone affiliated with UCLA or allowed on campus, according to the emailed statement.

Vehling’s leave was not publicized and the team was not made aware of the situation until full squad meetings began in December, the dance team member said.

At that point, squad members were encouraged to share their insights to Title IX officers and add any others concerns they had about Vehling’s leadership.

Vehling was criticized at the squad meetings for coercing female members to spend time with Robbins and other donors, and not taking action when some of those interactions were inappropriate, the dance team member said.

In an email, Vehling said she is pursuing her reinstatement — a process that extends the investigation by almost a year. She declined further comment.

Robbins said he and other donors are upset about Vehling’s termination.

Tod Tamberg, senior executive director of UCLA media relations, said he was unable to comment about the rules in place governing donor and athlete interactions or any steps taken in response to the Title IX investigation.

However, in an emailed statement, Tamberg said, “The campus took immediate action to correct the situation and is taking additional measures to ensure that spirit squad members receive the emotional, educational and physical support they need as students first, and as squad members performing at the highest level in representing UCLA at numerous events throughout the year.”

Source: https://www.dailynews.com/2019/07/06/ucla-spirit-squad-director-sacked-after-donor-ex-state-senator-alan-robbins-takes-dance-team-to-racy-vegas-show/
Posted by California Policy Issues at 5:46 AM