Follow Up on Bad News for Berkeley; Bad Writing for Forbes 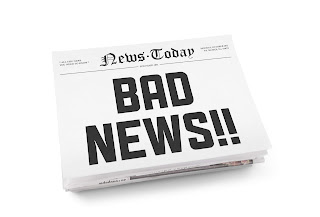 We had earlier noted, using info from a Forbes article, that Berkeley was unranked by US News because it misreported something about alumni giving. However, the Forbes article contained an incomprehensible sentence concerning what the Berkeley sin actually was.*

Now we have a clearer explanation from SFGATE:

"The University of California—Berkeley originally reported that its two-year average alumni giving rate for fiscal years 2017 and 2016 was 11.6%. Recently the school said that its correct average alumni giving rate for just fiscal year 2016 was 7.9%," U.S. News wrote in a press release. "The University of California—Berkeley also told U.S. News that it incorrectly included pledges in the alumni giving data provided to U.S. News since at least 2014. This doesn't follow the U.S. News definition, which is based on federal government and industry standards that clearly state only tax-deductible gifts should be included, excluding pledges that don't qualify for an IRS charitable deduction. This means that UC-Berkeley has greatly overstated its alumni giving data to U.S. News annually since 2014."

Full story at https://www.sfgate.com/bayarea/article/college-ranking-list-2019-berkeley-alumni-14191180.php
===
*http://uclafacultyassociation.blogspot.com/2019/07/bad-news-for-berkeley-bad-writing-for.html
Posted by California Policy Issues at 6:48 AM