Money for Higher Ed in Budget 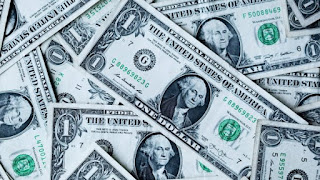 Usually after the governor signs his budget and does whatever line-item vetoes he wants, a full budget appears on the Dept. of Finance website. As of this morning, however, that hasn't happened.

However, there is this (below) from the Sacramento Bee:

The average graduate from a four-year university in the Golden State owed $22,785 in 2017, according to the Institute for College Access and Success.

The budget includes a $41.8 million increase to competitive Cal Grant awards, making more funding available to non-traditional students from low- and middle-income backgrounds. It’s intended to increase the number of Cal Grants by a total of 15,250 awards.

Competitive Cal Grants are reserved for students who do not qualify for entitlement awards, likely those who have delayed their education between high school and college.

California currently awards up to 25,750 new competitive awards each year, but the number of students who qualify for competitive Cal Grants far exceeds the funding capacity. Over 300,000 eligible applicants do not receive any awards, according to the Legislative Analyst’s Office.

In addition to increasing the number of competitive awards, the budget includes $96.7 million in new funding for non-tuition aid for student parents.

Low-income students with dependent children would receive up to $6,000 to cover living costs and indirect expenses associated with college enrollment or childcare.

The funding is only available for student parents who attend public colleges.

Under the ScholarShare program, established in 1999, parents can set up a tax-advantaged 529 savings account for their children. Legislative analysis of college savings accounts show that as of June 2018, there were nearly 310,000 open ScholarShare accounts with an average balance of $28,000.

The budget allocates $50 million in one-time funding to support the Child Savings Account program, directing half of the money to local programs that give incentives for families to start child savings accounts.

In cities like San Francisco, every public school student automatically receives a $50 college savings account through a program founded during Newsom’s second term as mayor. The minimum deposit to open a state-run ScholarShare account in $25.

Through December 2019, the ScholarShare matching grant program will match up to $225 of initial deposits for parents with a household income of $75,000 or less.

Lawmakers approved the governor’s proposal to make two years of community college free for first-time students. Previously, students could receive one year of free tuition at a community college.

While community college transfer rates have been rising through the decades, the Community College League of California states that only about 38 percent of students transfer to four-year bachelor’s programs within a six year period.

“When we’re talking about financial aid for community college students, any additional aid is helpful,” said Kaitlyn MacGregor, the communications and public information officer at Sacramento City College. “A lot of our students qualify for financial aid. A lot of them work part time. We see ourselves as a bridge to whatever they have planned next.”

The initiative will receive $45 million ongoing General Fund in addition to a $30 million one-time investment to support the program.

While taking summer courses can help accelerate a heavy course load or ensure timely graduation, the additional cost of tuition can carry a significant financial burden.

The Cal Grant is limited to a four-year degree period, meaning that students who use the Cal Grant over the summer would not be eligible to receive that funding during one of their school-year terms.

Source: https://www.sacbee.com/news/politics-government/capitol-alert/article231588828.html
Posted by California Policy Issues at 7:21 AM