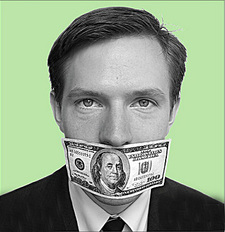 The American Economic Association - at its annual meeting in Chicago this past weekend - adopted conflict of interest disclosure guidelines for the various journals it publishes.

Debate on this issue developed in the aftermath of the 2008 financial crisis and complaints that views expressed by economists might be influenced, or perceived to be influenced, by sources of support.

The guidelines require authors to disclose financial support, not only for the research presented in the article, but also more generally over the prior three years.

Inside Higher Ed has a brief story with links at http://www.insidehighered.com/quicktakes/2012/01/09/economists-adopt-conflict-interest-guidelines
Posted by California Policy Issues at 7:53 AM