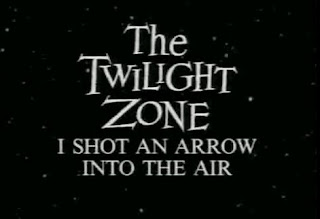 The Daily Bruin carries a story today about possible construction of an archery range on campus as a component of a large donation which is raising some ecology concerns.  Apparently, the area currently contains California native plants and is used in some coursework and has raised some faculty objections.  As pressures for fundraising ramp up – reflective of the larger university/state budget situation – these kinds of conflicts over university property and land use seem to keep cropping up.  Earlier - and still-current - examples involve the hotel/conference center project and the proposed sale of the Japanese Garden.

Excerpt:
Just behind Parking Structure 11 and the Hitch residential complex ­– on the northwest tip of campus – is a four-acre patch of land.  Known as Sage Hill, UCLA geographers have designated the area as the only functioning ecosystem of native Californian plants and animals on campus. Professors take students on official field trips to the area at least once a quarter, and use the land to teach students how to take soil samples and biological inventories…  Discussions are currently underway regarding the building of an archery range “somewhere along Veteran Avenue,” said Brad Erickson, executive director of UCLA Campus Service Enterprises. He added that these plans are still in a conceptual stage, and no formal planning process has begun.  University spokesman Phil Hampton also confirmed that the university is considering utilizing donated funds to provide what he described as much-needed recreational space on the northwest side of campus…

The full Daily Bruin article is at http://www.dailybruin.com/index.php/article/2012/01/sage_hill_site_facing_pressure 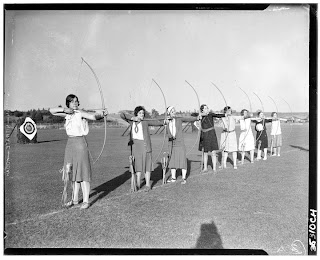 Back in 1930, we had plenty of space for archery on campus.  But in our modern circumstances - with much less open space - one is reminded of the old Twilight Zone episode – “I Shot an Arrow in the Air.”  As it turned out in that story, where it came down proved unfortunate: