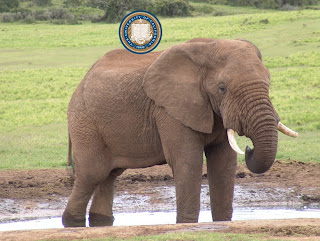 Maybe the biggest lesson to take away from the Legislative Analyst’s Office latest report on the state budget – responding to the governor’s budget proposal – is that UC is a flea on the back of an elephant.  We are hardly mentioned, other than a reference to possible trigger cuts next year if Governor Brown’s tax initiative isn’t passed by voters.

Much of the report focuses on the world of Prop 98, i.e., K-14 schools, not surprisingly since that is such a large chunk of the budget.

The LAO is concerned about possible over-optimism in Brown’s budget projections.  Just a few days ago, however, the Brown projections were criticized by a highly-regarded private forecaster as too pessimistic.  The divergence underscores the point made in an earlier post on this blog on the budget: forecasting cannot be precise.
Editorial comment: The uncertainty over budget forecasts should give pause to various do-good groups who think our budgetary problems would be solved by going to a two-year budget.  Note that in the current one-year regime, we have considerable uncertainty forecasting 18 months ahead (since the budget year begins July 1, 2012 and ends June 30, 2013).  The proposed two-year regime would require a forecast 30 months ahead, substantially raising the level of uncertainty.

Editorial prediction: It should give them pause, but it won’t.

The LAO report is at http://lao.ca.gov/reports/2012/bud/budget_overview/budget-overview-011112.pdf

Comments on the Brown budget proposal by forecaster Chris Thornberg are at http://blogs.sacbee.com/capitolalertlatest/2012/01/economist-says-jerry-browns-budget-underestimates-revenue.html
Posted by California Policy Issues at 8:47 AM