LA Times Picks Up Japanese Garden Story: Not the Best PR for UCLA 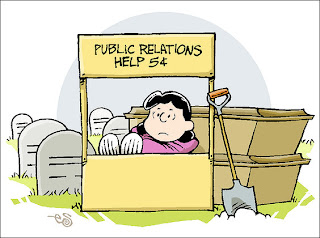 Excerpts from the LA Times article below and link to the full article:

For nearly half a century, the UCLA Hannah Carter Japanese Garden in Bel-Air has served as a serene stopover for visitors from locations as varied as Newhall, Nashville and the Netherlands.  But the decision by UCLA to sell the steep hillside property and an adjoining house to raise money for endowments and professorships has the garden world in an un-Zen-like uproar.  The Garden Conservancy, an organization based in New York and San Francisco, has lambasted the university's transfer to the Fowler Museum of a five-tiered stone pagoda and other garden objects and has urged the public to contact UCLA Chancellor Gene Block…


The garden was donated by Edward W. Carter, a retailing magnate and former chairman of the UC Board of Regents, and his second wife, Hannah Locke Carter, under a 1964 agreement that the university would maintain it in perpetuity. In 1982, the parties agreed that proceeds from the sale of the house would be used to fund certain endowments and professorships…


…The UC Regents asked the Superior Court of Alameda County, where the university system is based, to allow the properties' sale and to lift the "in perpetuity" requirement. The regents argued that "changed circumstances" made continued ownership and maintenance "impracticable." The court agreed.  That is a sore point for Jim Caldwell of Woodside, Calif., one of five children of Hannah Carter.


"There was no communication with any of Hannah Carter's children," he said.

…(B)id packages (will) be available in early February and that bidding would begin in May. …Coldwell Banker Previews International in Beverly Hills has the listing…

Editorial note: Apart from the merits of the garden itself, the fact that the heirs of a past major figure on the Board of Regents feel that a past donation is not being treated properly could give pause to other prospective donors to UCLA.  In addition, unless it is clear that UCLA can find buyers who will preserve the garden in a manner the heirs will accept, it is unclear who would buy it.  Given the controversy, any buyer planning to use the facility for some other purpose would likely face litigation costs and delays.  So maybe someone in authority needs to take a deep breath and announce a time out.  Like the hotel/conference center project, we seem to have a case here where underlings just roll along with a plan that seemed like a good idea to someone - until the idea surfaces and trouble erupts.


It might be noted that on a recent broadcast, Chancellor Block pointed to an emphasis on philanthropy for the UCLA funding model:
http://uclafacultyassociation.blogspot.com/2012/01/chancellor-block-on-kpcc-airtalk.html


For those who haven’t followed this issue, here are links to prior blog posts:

Meanwhile, the LA Times editorial board thinks the sale should go ahead given the university budget situation but that some preservationists should buy the garden:
http://www.latimes.com/news/opinion/opinionla/la-ed-0122-garden-20120122,0,116027.story
Posted by California Policy Issues at 7:34 AM