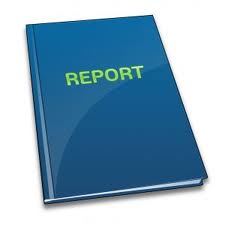 In a previous blog entry, we published photos by astronomer R. Michael Rich showing the removal of art objects from the UCLA Japanese garden which is proposed for sale.  I invited Dr. Rich to write up his version of what occurred when he visited the Garden area where the removals are taking place.  It might be noted that the UCLA Faculty Association has taken no position on this action by UCLA.  But blog readers will have an interest in recent events.  Below is Dr. Rich’s report:

I am writing concerning my encounter with Brad Erickson and reporters from the Los Angeles Times at the Japanese garden, at noon on 18 January 2012.   Erickson was initially upset at me for having photographed the improper removal of a stone fountain on 17 January.  However, we were able to have a constructive conversation following the initial exchange, and that conversation was illuminating.  It raises some questions about the recollections of events, and therefore I share it with you.  Erickson permitted me to tour the gardens without cameras or cell phone (I had wanted to record the wonderful sound of the water), but forbade LA Times photographers from photographing me (but they may have photographed me without my being aware).  I was impressed that Erickson was polite and sensitive; I was given time to bid farewell to the gardens - these are my recollections.

Erickson insisted that both the Academic Senate and the Bel Air Association Board were informed of UCLA's intent to sell the gardens in April of 2011, by then EVC Morabito.  I have heard that many Senate members were unaware of an such communication.  He insisted that the sale would go through and that it would not be stopped.  Erickson then indicated that the Lohan stone (Buddha in 16 positions) would not be removed.  Evidently, my photographs of the removal of the stone fountain may have had an impact.

It is interesting that on 17 January 2011, the workers who were removing the fountain told me that they did concrete work for UCLA (they had just removed the pagoda) and that according to them, the Fowler museum did not want to remove the objects.  The Fowler's position on this matter should be explored as it appears to me improper interference with the museum, by administrators.  The same workers informed me that on Wednesday 18 January, the Lohan Buddha stone, a centerpiece of the garden, would be craned out.   Erickson told me that the removed objects were not important to the garden, but it had just been realized that the Lohan stone might be damaged in removal, and was important. He compared the removal of objects to "saving a lock of hair" and stated that UCLA had to sell the gardens out of extreme financial need.  I suggested that photographs might be a better memorial.  What if I had not been there on Tuesday to take photographs and protest?  The Lohan stone might be damaged and the garden's remaining integrity compromised even more.

I pointed out to Erickson that the State gives UCLA a block grant to maintain grounds, but he indicated that they needed a highly paid gardener to maintain the site, especially since there were many rare and endangered plants that require special treatment for disease, from time to time, and that one had to carefully do this, as treating one plant potentially harms another.   One of the objects removed was a Chinese hand carved Buddha from the 18th C, taken from the hokora near the crest of the hill.  Erickson showed me that a gardener had carved a wonderful wooden Buddha that was gold leafed and left where the other had been removed.  In front of the Buddha were candles.  It was striking how much power the gardens have on those who work there, as well as the highly educated scholars.  This also raises potential religious aspects to this site that I had not previously considered.

I began to become sympathetic to Erickson's comparison with retaining a lock of hair, and his assurance that facsimiles of lesser value would replace the objects removed.  But then I remembered the brochure/catalog written by the late renowned Prof. Koichi Kawana.  I realize that as an astronomer not a curator, I cannot evaluate the importance of objects.  But Prof. Kawana had the qualifications to do so.

Indeed, the removed objects are obviously important enough to warrant specific entries in his brochure:

"7. The stupa, a five-tiered pagoda, stands above white stones representing Buddha's bones.  There are five elements-sky, wind, fire, water, and earth, and five cardinal virtues-humanity, justice, politeness, wisdom, and fidelity.  Above the stupa stands a deciduous spring-flowering Chinese magnolia."   Need I state that these cardinal virtues would be a great model for all of us in the campus community.  Witness, for example, the insensitive youtube posting by a UCLA undergraduate shortly after the tragic 2011 earthquake and tsunami.

The stone basin removed by truck on 17 January is called out as part of site 16: "The stone water basins, or tsukubai, are for ritual washing before entering.  A dry streambed of white stones runs beneath the house.  At its source behind the house is a symbolic arrangement of 16 carefully chosen large stones in an area especially conducive to intense meditation" (the fountain was at the center of this composition).

We next turn to the wooden Buddha:

"10.  Like the main gate, the hokura or family shrine is made of Cryptomeria wood and the roof is Cryptomeria bark (my note: the roof is perfectly restored by UCLA groundskeepers).  The materials are deliberately left unpainted to mellow with age.  The antique hand-carved Buddha inside the shrine is decorated with gold leaf. The two stone lions are carved in China during the 18th C."

Prof. Kawana identified these objects as special and integral to the garden, and therefore based on scholarship and curatorial objects, these objects should be conserved and replaced.

In closing, please note that our family has strong connections to the art world.  We are donors and lenders to the Los Angeles County Museum of Art, and my sister in law is an Associate Curator of contemporary art at the Metropolitan Museum of Art in New York.   Having been involved in installations of art and sculpture, I was truly horrified at the improper handling of objects that I witnessed on 17 January 2012, as I have told our children that art objects are for all humankind; we are brief curators of every object in our hands, but they belong to the generations.

In my opinion, the Japanese garden should be handled along the lines of deaccessioning an important object from the Fowler or Hammer collections.  An appropriate scholarly committee should consider how to do this - not an administrator with no education in art history or conservation.  Erickson stated that "when Hannah Carter donated the garden to UCLA, she could never foresee how valuable the property would become.”   This can be fairly stated about many of UCLA's priceless collections, from its artwork in museums, to its libraries, and to departmental collections.  Do we auction all of these objects off? The argument for grave financial need does not ring true.  The proceeds are to be used to endow professorships in the business and medical schools, which are very well off and are not in danger of closing their doors due to lack of funding.

The administration insists that the gardens will be sold, likely into private hands.  This would be regrettable.  First, I am deeply concerned that only an organization can commit to curating this very complicated assemblage of living plants and ancient objects.  Witness Erickson's statement that a highly paid, experienced senior gardener is required to maintain the site.  Second, it is clear that an afternoon spent here teaches one more about the culture of Japan than the reading of numerous volumes.  As I said in an earlier missive, the decision to write off Japan is a grave error, and I am happy to write a lengthy essay on why this is so.  This garden speaks to a millennium of high culture and refinement that is at the core of Japanese sensibilities and its loss to UCLA collections is potentially devastating.

In the aftermath of devastating floods of 1969, the garden was restored thanks to many significant gifts beyond Carter's bequest.  How do we deal with those individuals, who believed they were saving a garden in perpetuity?

If UCLA wished to keep the gardens, the institution could raise an endowment that could meet the roughly $150,000/yr in operations cost.  If the $500,000 endowment were supplemented with an additional $2,000,000, the gardens would be self sustaining.  Admission fees and gift shop sales (very lucrative) could offset some costs.  If UCLA cannot keep the gardens, perhaps an institution like the Getty or the Huntington can be found, but this will require approaches by the proper individuals and a faculty committee to oversee.

I deeply hope that UCLA will rise to the challenging retaining and curating its art treasures, but if it cannot do so, I hope that the gardens will be carefully conveyed to an organization capable of curating them.  I fear that a private individual may have commitment today but that their heirs may not.  These gardens deserve to be curated for the generations, just as all great Japanese gardens are.

Update:  Late today I spoke with Emily Young of the LA Times who indicated she had been in touch with one of the Carter heirs who was upset with UCLA's decision; he was evidently told it was a "fait accompli."  (See below for a link to her piece on the Garden and the removals.)

Sound familiar?  Perhaps this train can be stopped as well.

The photos originally taken by Dr. Rich are at: http://uclafacultyassociation.blogspot.com/2012/01/removals-of-objects-began-today-from.html

The LA Times piece is at: http://latimesblogs.latimes.com/home_blog/2012/01/ucla-japanese-garden-sale.html  Excerpt:


...“We’re extremely disappointed that UCLA didn’t come and tell us there was a problem and ask how we can deal with it,” said Jim Caldwell, one of Hannah Carter’s five children, who lives in Woodside in the Bay Area. “My mother really loved that garden, and my stepfather was extremely generous with UCLA. I’m hoping the university will step up to its original commitment and keep the garden open in perpetuity.”

UCLA has signed a listing agreement with real estate broker Coldwell Banker Previews International in Beverly Hills, Erickson said. The garden and adjoining home are expected to be listed for sale during the first week of February, with sealed bids to be accepted through May 1.
The Garden Conservancy and the California Garden and Landscape History Society have written a letter to Block expressing concerns about the sale. The Bel-Air Assn., a homeowners group, and the Los Angeles Conservancy also have called for alternatives.
“We want to have a conversation to determine whether there’s a potential win-win situation here,” said Adrian Scott Fine, director of advocacy at the Los Angeles Conservancy. “There are a lot of creative things that might be possible to bring in the revenue necessary to run the garden.” ...

I have a fountain in my fish pond. It is set on a timer to go on a 8 in the morning and off at 7 at night. It gives the pump a chance to rest and no one sees the fountain at night anyway.