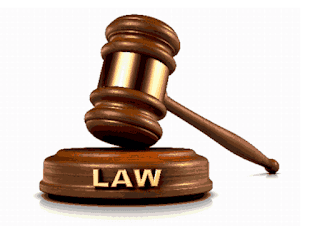 The move makes way for Katherine Rosen, a former UCLA student stabbed by her classmate while on campus, to bring her case against the university before a jury.

In breaking with a previous opinion, California’s Second District Court of Appeal changed its tune in a former UCLA student’s case against the university for a stabbing she suffered on campus at the hands of another classmate.

Plaintiff Katherine Rosen initially filed a negligence action against several of her alma mater’s employees and the Regents of the University of California, alleging they fell short of obligations to protect their students from “foreseeable acts of violence.” Her stabber, Damon Thompson, was provided mental health care through the school, diagnosed with schizophrenia and exhibited erratic behavior toward fellow students prior to the incident.

UCLA previously took the case up to the Second District after losing a summary judgment motion seeking a finding that it wasn’t obliged to shield students from criminal acts carried out by classmates and that it reasonably addressed the threat posed by Thompson. UCLA won on its first trip. That decision, however, was reversed by the California Supreme Court on grounds that universities have a “special relationship” with students that renders them responsible for protecting students in “curricular activities.”

On remand, the Second District unanimously concurred that the university had breached the duty of care owed Rosen.

“Defendants assert that even if they owed Rosen a duty of care and there are triable issues of fact regarding the breach of that duty, they are nonetheless entitled to summary judgment on immunity grounds,” wrote Judge Laurie Zelon in the Dec. 3 opinion. “Although the majority did not address this issue in the prior opinion because it found there was no duty, the dissent rejected it, concluding that while these statutes shield certain aspects of this tragic situation from liability, they do not, either singly or in combination, justify denying Rosen the right to present her negligence claim to a jury.”

“The panel now unanimously agrees with that conclusion,” Zelon added.

Brian Panish, the Panish Shea & Boyle attorney representing Rosen, said the implications of the decision were “huge,” given that prior to the decision, universities were immune from the duty tasked to grammar and high schools to shield students from such violence.

“It opens up liability. It requires [UCLA] to exercise reasonable care. In this case, the defense went on to say. ‘We have the safest campus on the world; give your students to us. We’ll protect  them.’ Yet something like this, they hide behind their immunity,” Panish said. “Now they have to live up what they say they’re going to do.”

Attorneys at Maranga Morgenstern listed as representing the UC Regents, as well as the university group’s general counsel, couldn’t be reached for comment.

A status conference is slated for May 13, 2019, in Los Angeles Superior Court.

Source: https://www.law.com/therecorder/2018/12/05/in-ucla-stabbing-case-appellate-court-puts-university-on-the-hook-for-protecting-students/
Posted by California Policy Issues at 8:17 AM