Some paths lead to trouble... 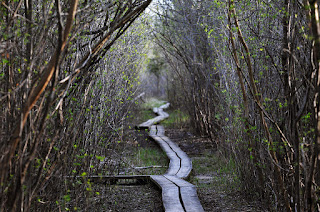 THE STATE WORKER of Sacramento Bee

Hundreds of University of California employees, including graduate and undergraduate students, have reported either missed or miscalculated paychecks since UC rolled out a new payroll system earlier this year.

Two organizations — the UC Student Association (UCSA) and the UC Student-Workers Union — are demanding that the university pay what it owes, as well as restitution for those employees affected by late fees or other financial repercussions resulting from not getting paid on time. The UCSA is a coalition of student government leaders from across the UC system.

“I have had friends who have had to look into emergency loan services in order to pay their student fees and not get dropped from all their classes,” said Jamie Kennerk, a student government vice president at UCLA and a UCSA board member.

UCLA and UC Santa Barbara were the most recent additions to the UCPath payroll system, which was created to replace aging payroll technology and to consolidate all 11 UC campuses under one system.

UCPath, which has been in the works since 2011, has been phased into place over the last three years; beginning with the office of the president in December of 2015, UC Riverside, UC Merced and the Associated Students of UCLA in January of this year. UCSB and the rest of UCLA joined this fall.

About 77,000 UC system employees — including both staff and student positions — are covered by UCPath, according to UC Associate Vice President of Operations Mark Cianca.

That’s about one third of the system’s 230,000 employees. The remainder are expected to be covered by UC Path by the end of 2019.

“We’re replacing a 35-year-old legacy payroll system that’s been around since before half the staff were born,” Cianca said.

But the new system’s rollout has been troubled.

By 2015, the project was $50 million over budget and two years behind schedule, according to previous reporting by The Sacramento Bee. By 2017, the project cost had tripled.

When it launched in January 2018, undergraduate and graduate students reported “numerous problems with the new system,” according to a letter that the UCSA presented to the UC Board of Regents and UC President Janet Napolitano.

“Reports by graduate students from UC Riverside indicate that on many occasions students received late checks or no checks at all until they reported issues, and students at UC Merced have experienced these same issues,” the letter stated. “Some students indicated they received incorrect payment amounts, while others received incorrect deductions from their paychecks.”

The same problem was reported by employees of UCSB and UCLA, which prompted university administration officials to acknowledge that the conversion was not flawless.

Cianca said that the new payroll system’s accuracy is 99 percent, “plus or minus a percent,”* but conceded that many of those affected, including at least 150 UCLA students, are “a pretty vulnerable population.”

In the fall, graduate students are coming off of months of no academic income, which Cianca called a “pay desert.”

Cianca said the errors emerged as a result of human error during the conversion process.

“It’s a period we expect we’re going to have extra problems. We staff for it,” he said. “I do want to make it really clear: Everybody gets paid.”

Kennerk said that while university administration officials have acknowledged the failures of the new system, she would like to see those officials “understand the urgency of getting people paid correctly.”

“You should never accept those errors. It should always be unacceptable to not pay people correctly,” she said.

Kennerk also said that the university officials are undercounting those affected.

Cianca said it is difficult to say how many employees were affected by payroll errors, but as of two weeks ago he believed about 20 grad students at UCSB and 150 at UCLA had experienced problems. He said he didn’t have numbers for Merced or Riverside.

“I want to acknowledge, it’s a big deal,” he said.

If the responses received by UCSA and the Student-Workers Union are any indicator, it could be a bigger deal than Cianca knows.

Kennerk said around 370 people have filled out an online survey form stating they were affected by the payroll issues, and the organizations were working on ways to reach out to them.

“It’s been very difficult for us to collect full numbers,” she said.

The UCSA wants the UC system provide restitution for late fees and other financial repercussions resulting from missed paychecks.

The UC system is researching whether that is possible.

“In any case, we’re taking a closer look at UC guidelines to see what we can do to help with late fees, etc.,” said UC spokeswoman Claire Doan.

One option, which both Cianca and Kennerk promoted, was the use of university-issued cash cards to provide students with their pay in the event of a missed paycheck.

Cianca said that in the event of a missed payment, “we can run payroll that day for whoever needs a check.”

The challenge is letting students know that’s an option. Both Cianca and Kennerk said the university needs to do a better job of outreach to students, coordinating better with university department heads, whom Cianca said students often view “as the center of their universe.”

“We collectively missed the mark (on student outreach),” Cianca said.