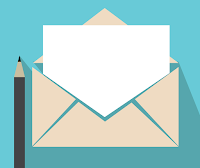 Inside Higher Ed notes that UC president Janet Napolitano and two other UC executives have sent a letter to the Dept. of Homeland Security criticizing a proposal to expansion of the "public charge" rule for immigrants:

A number of colleges and higher education groups have registered their opposition to a proposed rule by the Trump administration that would redefine how the government determines an immigrant or nonimmigrant visitor is likely to become a “public charge” and thus ineligible for a green card or other change of immigration status. Current regulations dating to 1999 hold that an immigrant can be deemed inadmissible or ineligible for a change in immigration status if they are determined to be "likely to become primarily dependent on the government for subsistence." Whereas the government has previously taken into account the acceptance of cash benefits in determining whether an immigrant is likely to be a "public charge," the proposed rule would consider any use of a wider range of noncash public benefits -- including use of food stamps, nonemergency Medicaid and public housing assistance -- as “heavily weighed negative factors” in making these determinations...

The UC letter can be found at:
https://www.insidehighered.com/sites/default/server_files/media/Comment%20RE%20Docket%20USCIS-2010-0012%20University%20of%20California%20System.pdf
Posted by California Policy Issues at 4:43 PM