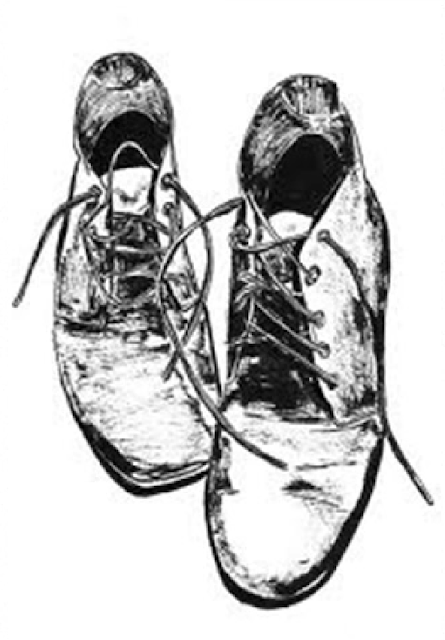 A bootblack slept in a dry-goods box, it was on one Christmas eve;
Tho' all alone in his scanty home, in Santa Claus he did believe.
He slept on rags and straw, then placed his little shoes outside,
Just as he had hung his stockings up, before his mother died.
The night rolled on and no Santa came, but a thief crept soft and low,
And he stole away those little shoes, that were left standing in the snow.

Sad, sad, indeed, to see the lad standing in the storm alone
Beside the empty dry-goods box that served him as a home;
And the look of disappointment-Santa Claus did him refuse-
But saddest of all was to hear him call, Sauta Clans bring back my shoes.

But a moment's time had scarcely passed, till I was beside the lad;
"What makes you weep, my dear boy?" I said; "Have you indeed not got a dad?"
"Oh! no, kind sir," he said, with a beseeching look to me,
"My poor mother died a year ago, papa was lost at sea."
I started back when I heard his tale, for I was returning home;
Then I scanned his face, what did I trace? it was the outline of my own.

Thank God, indeed, to find my boy, although in the storm alone,
Beside the empty dry-goods box that served him as a home;
I dispelled his disappointment-Santa Claus will not refuse-
For your father has come, my own dear son, I will buy for you new shoes.

I grasped the box, as I held my child in a father's fond embrace;
I could feel that my brain was whirling, And the hot tears rolled down my face.
On a whale-ship I sailed, for a six mouth's voyage to sea;
I was wrecked And cast on foreign shore, where none could hear from me.
The truth was clear, my wife so dear, from earth had passed away;
I play'd the part, with a broken heart, of Santa Claus that Christmas day.
Posted by California Policy Issues at 7:44 AM