UC Board of Regents Chair John Pérez on Tuition 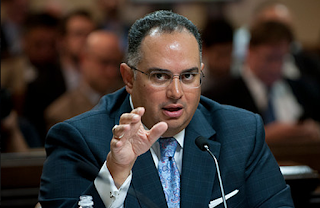 UC Board of Regents Chair John Pérez has taken an active role, more than just chairing meetings, in representing UC and on UC-related policy issues. Perhaps this activity is not surprising, given his background in the legislature as assembly speaker.

Yours truly has noted that the sudden appearance of a tuition increase as an action item - and its equally-sudden downgrading to a discussion item for supposedly technical reasons - is unlikely to be an accident. Pérez is aware that major proposals do not as a rule suddenly pop up on the agenda. A more likely scenario is that the tuition appearance and downgrading was meant to signal to the governor and legislature that the current funding approach, no tuition and a proposed state allocation increase below the general rate of inflation, is not going to work.

At a forum at Berkeley with Berkeley Chancellor Christ, Pérez presented his view:

...Pérez argu(ed) in favor of a “cohort-based” tuition model, in which one-third of the increased funds from higher tuition would go toward creating financial aid. “Unless we increase tuition, we’re not going to have the revenue to create affordability for students that are being squeezed out because of nontuition-related cost increases,” Pérez said at the panel...

Pérez and Christ also stressed the difficulty and importance of increasing other forms of funding, including philanthropy and state investment. They added that improving the public image of the UC system would be key to securing this funding.

“We need a hard reset in our relationships — societally we have a decreased trust in institutions,” Pérez said at the panel. “The UC system over the last several years has had significant challenges in terms of its credibility and its relationship with stakeholders, the public and public officials.”

P.S.: Look for Pérez to play an outsize role in the selection of a new UC president.
Posted by California Policy Issues at 8:01 AM