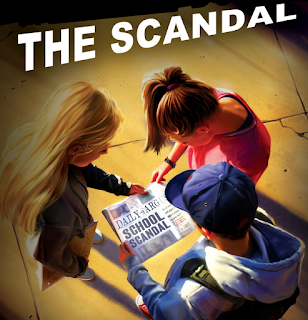 The University of California is rolling out additional reforms of its admissions process after finding significant problems in how campuses track decisions to admit athletes, artists and students who do not meet minimum UC eligibility requirements, according to a review released Friday.

The sweeping audit of UC’s nine undergraduate campuses, triggered by the national college admissions scandal, found two cases of possible impropriety. One involves a student admitted as a recruited athlete who did not subsequently appear on the team roster. The other involves how one campus administers its appeals process for admissions decisions. Auditors referred both cases to the individual campuses for investigation, did not identify the universities in the report and did not provide additional details.

UC President Janet Napolitano told The Times she ordered the review as a proactive step to ensure the integrity of the nation’s leading public research university so that “California can have confidence that students admitted to the University of California are admitted on merit and so that we can bolster our defenses against any kind of fraudulent activity or gaming the system.

“Any student admitted through fraud is one too many,” she said.

The problems involve a small pool of students. Those admitted by “special exception” amount to about 1.7% of all students — 3,409 among 204,350 enrolled between fall 2017 and winter 2020. Napolitano said the regular admissions process for all others was “pretty solid” in equitably admitting students on merit.

Auditors found that no campus centrally monitored the admissions of students accepted for their special talents, such as athletics, music or art. As a result, they could not fully identify the actual number of such students, document their exceptional characteristics or identify who reviewed or approved their cases. At many campuses, oversight of student athletes also was inadequate, the review found. UCLA and UC Berkeley require students who are admitted as athletes to participate on the team for at least a year. Systemwide policy reforms last year extended that requirement to all campuses. But the audit found that two campuses tracked practice logs at the team level but not by individual. Another campus identified a student who remained listed on the participation records a month after leaving the team.

UC admission requirements include a 3.0 GPA, the submission of SAT or ACT test scores and completion of prescribed coursework. Those admitted without meeting those requirements could include students without access to the UC-required courses — international or homeschooled students, for instance — or who may not have the required test scores or grades but show academic promise. Some slots are specifically reserved for underserved students. [Note from yours truly: This last sentence likely needs qualifications due to requirements of Prop 209.] ...

Full story at https://www.latimes.com/california/story/2020-02-14/uc-audit-finds-problems-in-how-it-admits-special-students-including-athletes-and-artists
===
Note: Audit report is at https://issuu.com/danieljbmitchell/docs/second-audit-report.
Posted by California Policy Issues at 8:16 AM