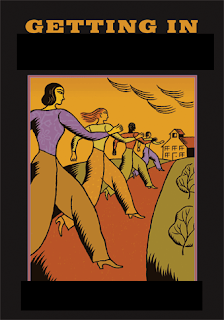 We have, on and off, followed the Harvard admissions case which could end in a test of affirmative action at the U.S. Supreme Court. (Use the search engine of this blog and search for "Harvard admissions.") Here is the latest news item:

The Trump administration is arguing that Harvard University discriminates unlawfully against Asian Americans when choosing an undergraduate class, siding this week with a group that challenged the Ivy League school’s admissions process through a lawsuit pending in a federal appellate court. Last fall, U.S. District Judge Allison D. Burroughs ruled that Harvard does not violate the civil rights of Asian American applicants as she gave the university an across-the-board victory in a closely watched case scrutinizing the use of race and ethnicity in college admissions. Her decision followed a 2018 trial in Boston that featured testimony from Harvard officials defending their methods of sifting and choosing from among tens of thousands of applicants a year.

The plaintiff, Students for Fair Admissions, which opposes race-based affirmative action, appealed the ruling Oct. 4. Opponents of racial preferences urge appeals court to overturn pro-Harvard ruling
On Monday, the Justice Department filed a friend-of-the-court brief in the U.S. Court of Appeals for the 1st Circuit that laid out two arguments for overturning the Burroughs decision.

First, the department claimed Harvard uses “racial balancing” to assemble incoming classes that have a “remarkably stable” racial and ethnic composition year after year. This amounts to “a system of de facto quotas” forbidden under Supreme Court precedents, the department contended.

The brief was signed by Eric S. Dreiband, the assistant attorney general for civil rights, and Elliott M. Davis, acting principal deputy assistant attorney general. The department disclosed Tuesday evening it had filed the brief. Harvard declined to comment Wednesday. Previously, the university has said it will “vigorously defend the Court’s decision, which makes clear that Harvard does not discriminate on the basis of race in its admissions process, and that Harvard’s pursuit of a diverse student body is central to its educational mission and consistent with long-standing Supreme Court precedent.”

The department’s argument to the appellate court echoed an earlier amicus brief it filed in August 2018 — before the trial — that was critical of Harvard admissions.

The lawsuit could become the next test of whether the Supreme Court is willing to overturn decades of precedent and ban consideration of race in admissions. The high court has affirmed multiple times, most recently in 2016, that schools may take race into account as one factor among many in pursuit of assembling a diverse class.

Source: https://www.washingtonpost.com/education/2020/02/26/justice-department-argues-harvards-use-race-admissions-violates-civil-rights-law/
Posted by California Policy Issues at 9:41 AM