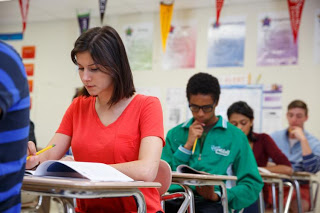 Yesterday, we posted about the faculty committee recommendation to continue using the SAT and ACT for admissions. Below is further analysis by Insider Higher Ed:

The Academic Senate of the University of California assembled a task force in 2018 to evaluate the system’s current use of standardized tests. On Monday that task force delivered a much-anticipated report listing several recommendations. Not among the recommendations? Tossing the tests. While the authors considered what it might look like for the large public university system to go test optional and not require SAT or ACT scores in the admissions process, they ultimately declined to endorse that option.

Pressure has been mounting on the UC system to hop on the test-optional train, as more than 1,000 other institutions -- including the University of Chicago, Indiana State University and George Washington University -- have done. A lawsuit against the system, alleging that the standardized tests are biased and exacerbate inequality, and comments from Carol Christ, UC Berkeley's chancellor, that favored dropping the tests indicated that the system might be next to switch. The task force’s report makes the administration’s final decision much harder to predict.

Critics of using standardized tests in admissions often point to differing scores among demographic groups. Minority and low-income students on average perform worse on standardized tests than their white and more affluent peers. Using the tests perpetuates long-standing inequities, critics say, and the tests themselves are often not a great predictor of college success. Some research suggests that high school GPA may be more predictive of academic success in college than standardized test scores.

In producing the report, members of the task force reviewed previous research and literature on standardized testing and also conducted empirical research themselves. "The task force did not find evidence that UC’s use of test scores played a major role in worsening the effects of disparities already present among applicants and did find evidence that UC’s admissions process helped to make up for the potential adverse effect of score differences between groups," the report said.

The report's authors concluded that UC admissions officers already were doing a fair job evaluating a student’s standardized test score in context of their demographics. “For any SAT score, students from disadvantaged groups have a higher probability of being admitted than students from advantaged groups,” the report said. Campus admissions officers appear to be comparing a student’s test score not against the average for UC applicants, but against the average for similarly disadvantaged groups. “The SAT allows many disadvantaged students to gain guarantees of admission to UC,” the report said, analyzing data that suggested that 24 percent of Latino students and 40 percent of African Americans who earned guaranteed admission did so due to their test scores.

"The original intent of the SAT was to identify students who came from outside relatively privileged circles who might have the potential to succeed in university," said the report. "This original intent is clearly being realized at UC." Furthermore, authors said, analysis showed that test scores were better predictors of outcomes for underrepresented groups than for majority groups.

Dropping the tests without any other changes, the authors concluded, would result in an average incoming student with a lower first-year GPA, lower probability of graduating within seven years and a lower GPA at graduation. Subsidies and waivers for California students would need to increase to account for the average student taking longer to graduate. Providing support for at-risk students would be more difficult, they said, because those students would be harder to identify.

The UC system has a two-factor admissions process. The first step for students -- determining simple eligibility to the system -- is based only on test scores and high school GPA. The second step, which uses 14 different factors, determines admission to a specific UC campus.

The report recommended other concrete steps for the university system to take. Those approaches included expanding the number of students who are admitted through the state’s Eligibility in Local Context pathway. The system currently admits the top 9 percent of every high school based on GPA, but the task force recommended increasing that number.

Also among the recommendations was a suggestion that the system develop its own assessments. These new tests could be more predictive of success at UC and show smaller disparities between student groups than current standardized tests, allowing the system to admit a student body that would be more representative of the state, the report said. But development of those tests would take approximately nine years.

William Hiss, former dean of admissions at Bates College, said the move by UC faculty members likely is not a setback for the test-optional movement. “I would expect systems and institutions to make their own decisions,” said Hiss, who was the principal investigator on a large study suggesting tests fail to identify talented applicants with potential to succeed.

Bob Schaeffer, executive director of FairTest, an organization that opposes the use of standardized testing in admissions, stressed that the report is only a recommendation from the faculty task force and is not binding. The Academic Senate will take comments from faculty members at the different campuses and give a final recommendation in April to Janet Napolitano, the system's president. She is expected to bring the issue to the system's Board of Regents, which in May will make the final decision on the matter.

Schaeffer said he was concerned that the task force’s research arrived at different conclusions than the work of other researchers who have studied the UC system. “Because of these discrepancies, we call upon the task force to make the data sets it analyzed available to independent analysts for further review,” he said via email.

Ultimately, the report indicated some tension at the university system. “UC does not believe that it can, by its own admission policies, single-handedly rectify the large differences in academic preparation among high schoolers that relate to family income and race/ethnicity,” the report said. “But given that UC has always faced two mandates -- to strive to admit prepared students who at the same time reflect the state’s diversity -- UC does strive to do its part to amend these inequalities.”

You can read the faculty committee's report at:
https://issuu.com/danieljbmitchell/docs/sttf-report
Posted by California Policy Issues at 7:27 AM