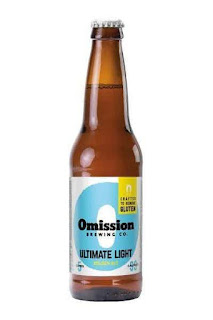 There has been a lot of celebration of Jerry Brown's final State of the State address. Only governor to serve 4 terms, 16th State of the State address, etc., etc. In the address, as you might expect, he listed all the things he thought were either accomplishments or things he wanted to complete (high speed rail project, Delta fix water project). But despite the fact that Brown is ex officio president of the UC Regents, there was only one celebratory reference to UC, and it was off-hand and mentioned with other private universities:

Here in California, we follow a different path. Enlightened by top scientists at the University of California, Stanford and Caltech, among others, our state has led the way:

In short, the tension between UC and the governor - well known from his first iteration as governor back in the 1970s and early 1980s - remained in the second iteration. It showed up most recently on his reneging on his understanding with UC that there would be a period of tuition freeze, after which tuition would go up with inflation. UC has had experience with understandings with governors that are voided. Remember the "compact" with Schwarzenegger that fell apart? But at least the non-compact with Schwarzenegger occurred in the context of a budget crisis. With Brown, it's the old antagonism that never went away and shows up even in Good Times.

So what is the legacy of Brown when it comes to higher ed? A plan for an online associate degree in community colleges as per his latest budget proposal? (Everyone knows it won't amount to much - even those who have to implement it.) The continued erosion of Jerry Brown's Dad's Master Plan via ad hoc legislative decisions?

Of course, we don't know who the next governor will be. But possibly, it could be someone who will make us look back on the Jerry Brown year's with nostalgia. Enough said.
Posted by California Policy Issues at 8:18 AM