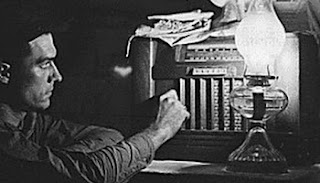 As you probably know by now, the Regents delayed any decision about tuition increases to a later meeting, despite scheduling a special session yesterday which was supposed to produce a decision. The special session had been arranged because the session scheduled for today conflicted with the governor's State of the State address.

Amid fierce objections from students, lawmakers and Gov. Jerry Brown, the University of California’s governing board agreed Wednesday to delay its vote on a proposed tuition increase.

“This will give us time to make our case to the Legislature,” UC President Janet Napolitano said during a meeting of the Board of Regents in San Francisco, as she announced plans to move the vote until May. “It is just the beginning of the budget process. The need for funding is obvious.”

The regents were deeply divided over the tuition hike, which likely would have failed had it come up on Wednesday, according to Lt. Gov. Gavin Newsom, who sits on the board and is a vocal opponent of the proposal. In an interview, he applauded the delay for putting Brown and the Legislature back on the hook to boost funding for UC and avoid a fee increase...

The audio for the special meeting and other parts of the afternoon session are now preserved. Links below:

Yours truly, in due course, will go through the various archived recordings to see what other items might be highlighted. Today's session of the Regents will also be archived.
Posted by California Policy Issues at 8:36 AM