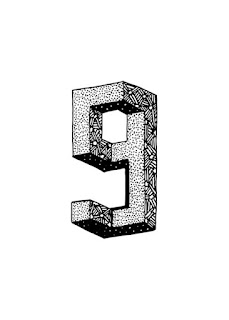 A Grad Student Defended a Controversial Instructor. Now He Says He’s Being Silenced.

Last June, a Ph.D. student at the University of California at Los Angeles wrote a letter supporting a lecturer whose job was in jeopardy. The lecturer was Keith A. Fink, an outspoken lawyer who had taught communication courses part time at UCLA for a decade, including a popular one on campus free speech.

The graduate student, Justin Gelzhiser, had read in the campus newspaper about Mr. Fink and his battles with administrators. Mr. Fink argues that he lost his faculty job because of his conservative views and because he often criticized the administration in his teaching.

When Mr. Gelzhiser learned that Mr. Fink was on the verge of losing his job, he felt compelled to call attention to what he saw as threats to Mr. Fink’s academic freedom. Mr. Gelzhiser was a teaching assistant in the communication department and served as a graduate-student representative on the Academic Senate’s academic-freedom committee.

But the letter, to the interim dean of social sciences, ended up putting Mr. Gelzhiser’s own job in jeopardy, he says. He has accused university administrators of threatening him with a sexual-misconduct complaint to try to force him to leave the department.

The scuffle is another twist in Mr. Fink’s case, which captured national attention last year, especially in conservative circles, and prompted the Foundation for Individual Rights in Education to demand answers from the university. It also has sparked a discussion at UCLA about how, as Mr. Gelzhiser alleges, a Title IX investigation could be used as a threat — and how to prevent that from happening.

Last month Mr. Gelzhiser filed a complaint with the U.S. Department of Education’s Office for Civil Rights alleging that UCLA officials had used the gender-equity law Title IX as a bargaining chip to try to silence him.

Meanwhile, Mr. Fink has undertaken a public campaign to call out what he sees as the university’s disregard for academic freedom and due process, and he’s created a nonprofit organization to provide legal help to UCLA students and faculty members. Both men are also fighting to get their jobs back.

In Mr. Gelzhiser’s view, one thing is clear: He was targeted because of his advocacy on Mr. Fink’s behalf. "Keith’s case was essentially done on campus until I brought it back into the light," he said. But as a consequence, he said, his teaching-assistant contract wasn’t renewed, and "my life has been turned upside down."

Kerri L. Johnson, chair of the communication department, said she couldn’t comment on Mr. Gelzhiser’s specific claims. She did say, though, that she had never seen the letter he wrote in support of Mr. Fink, and that the department’s staff members immediately report any sexual-misconduct issues to the Title IX office.

A university spokesman wrote in an email that "due to individual privacy rights that protect both students and university employees, we are unable to comment on this specific matter." He added that "the Title IX Office does not condone any manipulation of its investigatory processes."

A Letter of Support

Last year Mr. Fink went through an "excellence review," as all UCLA lecturers do after teaching at the university for 18 quarters.

The department’s nine tenured professors deadlocked on whether to promote him; three voted yes, three voted no, and three abstained. That left the final decision to Laura E. Gomez, who was then interim dean of social sciences.

Mr. Gelzhiser sent a letter to Ms. Gomez on June 5 discussing Mr. Fink’s popularity among students and praising his teaching. Mr. Gelzhiser also suggested that UCLA is a predominantly liberal campus and pointed to the instructor’s conservative views as an asset.

"The university will be doing the students a disservice if they limit them to ways of seeing the world because it could make them uncomfortable or overstimulated," he wrote. "Removing Prof. Fink would be such a move."

On June 27, Mr. Fink received a letter from Ms. Gomez informing him that he would no longer be employed at UCLA after that month. On July 13, Mr. Gelzhiser was called into an emergency meeting by two administrators in the communication department: Jane Bitar, the department manager, and Pia Svenson, the undergraduate adviser.

Documents provided by Mr. Gelzhiser from a grievance he filed through his union shed some light on the university’s perspective.

According to the university’s response to Mr. Gelzhiser’s grievance, the two administrators said they informed him that a student had, in her application to become a communication major, complained about a teaching assistant’s "insulting and inappropriate behavior towards her."

The response states that Ms. Bitar and Ms. Svenson had confirmed with the student that the teaching assistant in question was Mr. Gelzhiser. In the meeting with him, they said, he was "emotionally apologetic." He later suggested that he should no longer serve as a teaching assistant, they said, and they quickly reported the allegations to the Title IX office.

Mr. Gelzhiser recalled the meeting much differently. He said the administrators demanded, "Tell us what you did." They quizzed him about his sexual history, he said, and then told him that if he didn’t resign from his teaching-assistant position, they would file a Title IX complaint against him. He was told to contemplate that option in advance of a scheduled follow-up meeting, he said.

His impression was that "they wanted me out as fast as possible" because he was "creating noise for Keith Fink." Mr. Gelzhiser said that he had told the two administrators he wanted to bring a union representative to the subsequent meeting and that they canceled it. After his teaching-assistant contract wasn’t renewed, he filed the grievance. He said he didn’t hear anything about the possibility of a Title IX complaint against him for months.

That fall, Mr. Gelzhiser sought help from Alexander Stremitzer, a law professor and fellow member of the academic-freedom committee. The Ph.D. student said he eventually did sit down with Mohammed Cato, UCLA’s Title IX coordinator. That was on November 21, more than four months after the allegations first surfaced.

Mr. Cato would say only that a report had been filed but that the case had been dropped because the alleged victim hadn’t responded to his office’s attempts to contact her, Mr. Gelzhiser said. (Mr. Cato referred requests for comment to a spokesman.)

After pressing Mr. Cato for more details, the Title IX coordinator later told him that the communication department had actually reported the allegations on July 13.

"However, this does not negate the allegation that you raised against the Department in regards to attempting to use the Title IX Office as a means of forcing you to leave your position," Mr. Cato wrote, in an email provided by Mr. Gelzhiser. "This is a serious concern and the Title IX Office will look into this matter."

The university’s shifting timeline, Mr. Gelzhiser said, suggests to him that there were ulterior motives behind his Title IX case. He believes Ms. Bitar and Ms. Svenson didn’t file a complaint right away because they were waiting to see if he would resign. Or perhaps, he said, they never filed a complaint. "They thought if they said ‘Title IX’ to me, I’d get scared and run away," he said.

Mr. Stremitzer, the law professor, wrote in an email to The Chronicle that the academic-freedom committee discussed last month how to ensure that the threat of a Title IX investigation isn’t used to intimidate students or anyone else.

The members of the committee largely agreed, he said, that there should be a policy requiring people accused of Title IX violations to be notified immediately about the nature of the accusation and the filing date of the complaint. The committee has invited the Title IX coordinator to its next meeting to discuss that possibility, Mr. Stremitzer added.

The experience has made Mr. Gelzhiser question whether he wants to stay in academe after he wraps up his Ph.D., which he hopes to do this spring.

He’d like to teach in the department again, but ultimately he’s more concerned about future abuses of Title IX. He said he was recently elected by UCLA’s Graduate Students Association to serve on a new Title IX advisory group. "The fact that this school abused Title IX as a bargaining chip to intimidate students," he said, "is not going to happen again while I’m at this university."