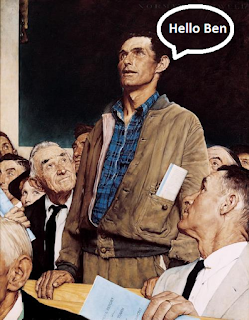 Give UC Berkeley credit for learning from the past year’s intensive course in free speech and right-wing provocation. After a series of standoffs with conservative speakers left the university looking less than eager to accommodate all comers, its approach to the latest controversial invitation strikes the right tone by making unfettered expression the clear priority.
University officials initially expressed reservations about the time, date and type of venue requested for the Berkeley College Republicans’ next would-be guest, conservative commentator Ben Shapiro, prompting the group to revive its accusations of a consistent bias against right-wing speakers. But the university announced Thursday that it would take additional steps, including possibly paying or waiving venue fees, to make the speech happen on the September evening requested by the student organization.
UC Berkeley’s new chancellor, Carol Christ, said in a statement that the university welcomes a broad range of perspectives, including Shapiro’s: “We believe deeply in the value and importance of free speech and fully support student groups’ right to invite speakers of their choice to campus.” She added that the school had “hosted literally dozens of speakers from both conservative and libertarian movements without incident. The key is for the hosting organization to work collaboratively with the campus.”
Indeed, the recent crop of speakers and their supporters have at times seemed more eager to be refused than to be accommodated — and to therefore have the opportunity to accuse UC Berkeley of being a liberal echo chamber that has drifted a long way from the days when the Free Speech Movement began there. The Berkeley Republicans’ habit of demanding a particular date, time and venue without consulting the administration makes the university’s job more difficult. So do left-wing protesters threatening and carrying out violence, necessitating heightened security measures.
For those and other reasons, scheduled campus speeches by professional provocateurs Milo Yiannopoulos and Ann Coulter were ultimately called off this year. UC Berkeley appears to be striving to avoid a similar outcome in the case of Shapiro, whose books and commentary have targeted Palestinians, Hollywood and universities.
If all the student group and its guests are looking for is a cancellation and a headline, maintaining an open campus will only serve to call their bluff.
UC Berkeley’s efforts to welcome the next controversial speaker recognizes that the public university has a special obligation to facilitate the free exchange of ideas — even when the ideas are questionable and the interest in exchanging them is in doubt.