Worth Reading If You Missed It 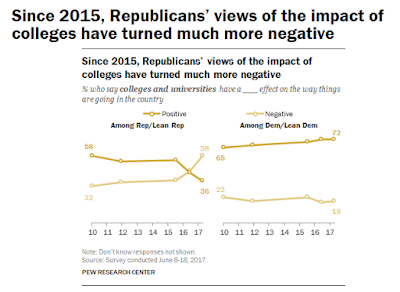 Only 36% of Republicans, according to the Pew Research Center, believe colleges and universities have a positive effect on the way things are going in the country, versus 58% who say they have a negative effect. Among Democrats, those figures are 72% and 19%, respectively. That finding represents a crisis.

For it to be a crisis does not depend on you having any conservative sympathies. For this to be a crisis requires only that you recognize that the GOP is one of two major political parties in American life, and that Republicans’ lack of faith in higher education will have practical consequences...

Note that normally liberal-leaning news media have not been positive about recent academic trends, particularly those that seem to impinge on free speech or unwillingness to hear opinions that contradict one's beliefs. Example: 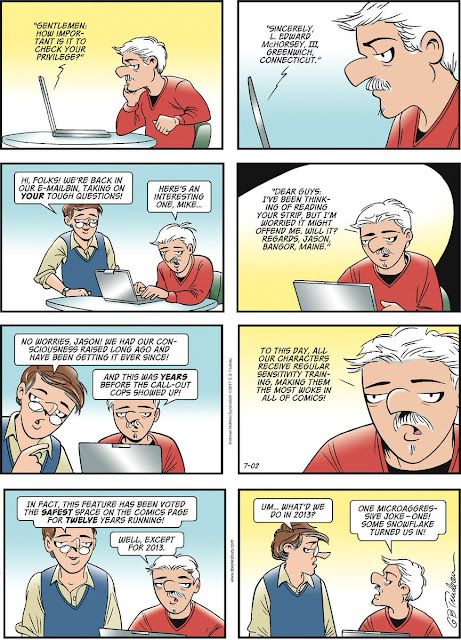 Such public opinion trends don't end happily, history suggests. You might Google UC's loyalty oath controversy from the 1950s, if you haven't heard of it.
Posted by California Policy Issues at 9:47 AM