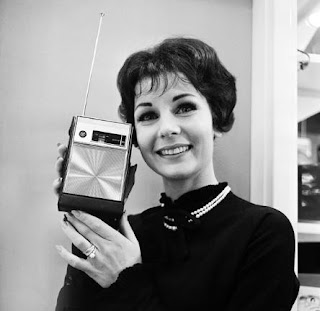 Yesterday's Regents meeting in the morning included a full board session (with public comments) and then sessions of the committees on Public Engagement, Compliance and Audit, and Governance.

The afternoon featured Academic and Student Affairs (with a national labs add-on) and Finance and Capital Strategies.

We have archived the audio of these various sessions at the links below.

The news media have focused primarily on the discussion/recommendation of the Academic and Student Affairs committee regarding allowing letters of recommendation as part of the undergraduate admissions process:

More recommendation letters likely to be sought for UC admissions

Letters of recommendation have been rarely asked for in freshman application reviews at the University of California’s nine undergraduate campuses. But now that may be changing for a small slice of the 170,000-plus application pool despite some concerns that low-income and minority students could be hurt.

A UC regents committee on Wednesday approved a policy change that would allow campuses to ask up to 15 percent of applicants for extra information if an admissions decision is not otherwise clear-cut. The supplemental items for such wobblers can be two letters of recommendation from teachers or counselors, the grades from the first semester of high school senior year or a questionnaire for students to better explain their talents and circumstances.

Several regents said they were worried that teachers and counselors in over-crowded high schools that serve low-income and mainly minority students might be too busy to provide fully fleshed-out letters and that affluent families might be better able to ask for such recommendations.  But the regents all wound up voting for the new procedure after faculty assurances that such letters are likely to bolster low-income students’ chances by highlighting their special abilities and that the process would be carefully monitored to make sure no groups are disproportionately rejected.

The vote by the regents Academic and Student Affairs Committee came less than a week after UC released statistics showing how highly competitive freshman admissions was this year at its most popular campus. Only 14.6 percent of the 63,516 California applicants to UCLA were offered admission and just 19.7 percent of 49,280 at Berkeley. With such a flood of applications, admissions officials said extra information in future questionnaires and letters will provide more tools in making very difficult decisions.

Unlike most private universities and some public schools, UC generally has not asked for recommendations in its main undergraduate applications. It relies instead on high school grades through junior year, standardized test scores, a review of students’ accomplishments and personal challenges and readings of the students’ “personal insight” statements about such topics as leadership abilities, talents and favorite classes.

A few special programs ask for recommendation letters and sometimes campuses seek so-called “augmented review” if something puzzling or incomplete appears in the application, such as a one-semester dip in grades. In 2015 UC Berkeley began a controversial pilot program that asked for, but did not require, recommendation letters for applicants whose suitability for admission was not clear-cut. A previous proposal for all Berkeley applicants to submit such letters was rejected because it was seen as “a barrier disadvantaging vulnerable student populations,” according to a regents’ document outlining the history of Wednesday’s agenda item.

The new systemwide policy would allow campuses to ask for extra information from just 15 percent of applicants and only those who fall “in the margins for admission but whose initial application presents a specific gap in the picture of their qualification or presents extraordinary circumstances that call for further comment,” the document said.

Regent John Perez, who chairs the Academic and Student Affairs committee, said it was difficult deciding how to vote on the matter and that the debate symbolized UC’s frequent struggle between being “elite or elitist.” Perez, who is the former state Assembly speaker, said he wanted students to have an extra chance to make their case for admission but not have to face “additional hurdles.” Given assurances the results would be closely monitored, Perez and other regents on the panel who expressed some skepticism voted for the change.

The full board of regents are expected to do likewise Thursday and the plan is expected to go into effect for the admissions cycle starting this November.

James Chalfant, faculty representative on the UC regents board, said the policy was drawn up to allow campuses flexibility on whether to seek the letters and information. He emphasized that it is “not meant to give unfair advantages” to any applicants but was meant to ensure that no one is rejected because of a lack of positive data and support.

You can find links to the audio of these sessions below:


The other morning sessions can be found at:
https://archive.org/details/RegentsPublicEngage71217am/Regents-ComplianceAudit7-12-17am.wma